On October 16, S7 Airlines held a presentation of the first Boeing 737MAX in Russian Federation at the Tolmachevo Airport (Novosibirsk). 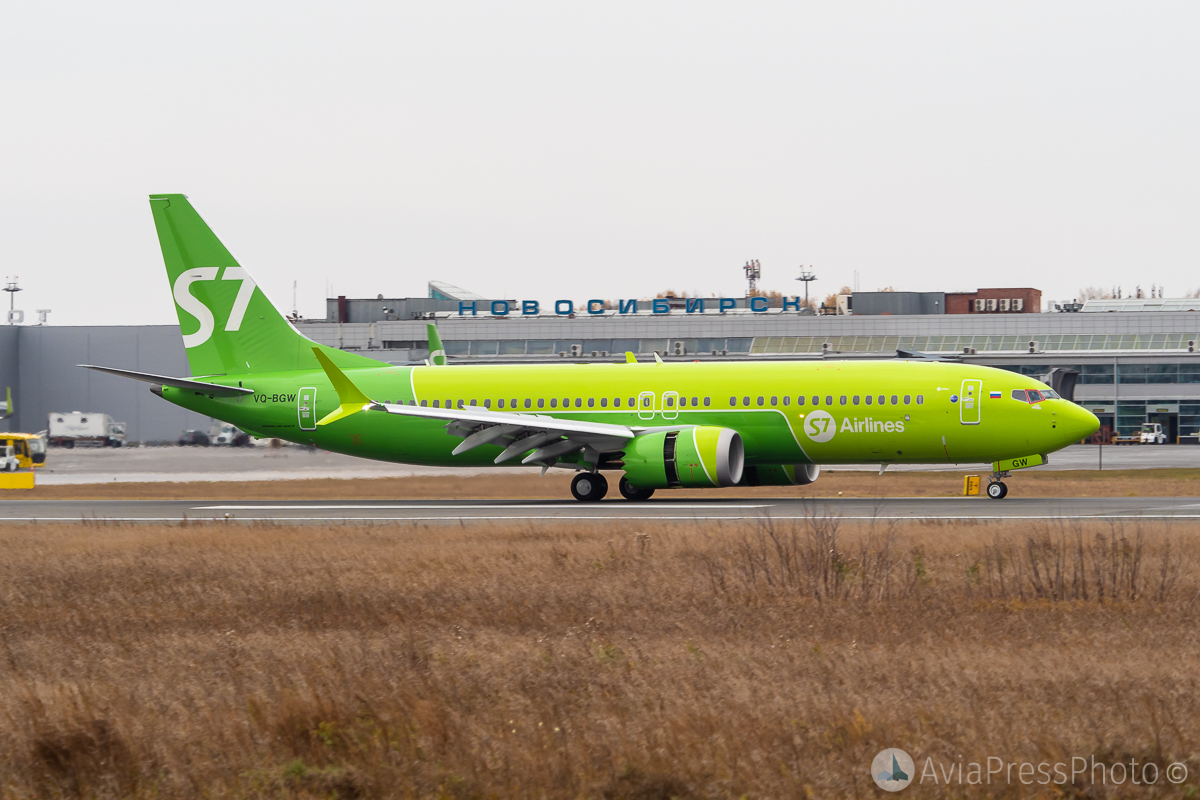 “This is a new generation of aircraft, the primordiality of which is especially noticeable in the face of rising kerosene prices. In view of the increased fuel efficiency compared to the NG generation, the flight range has increased, this opens up new prospects in Novosibirsk for expanding the route network, which was previously impossible with our current fleet airplanes. These are new destinations in Southeast Asia. For example, in December we are planning to launch flights to Cam Ranh “, Grigory Davydov, Deputy General Director for Strategies and S7. 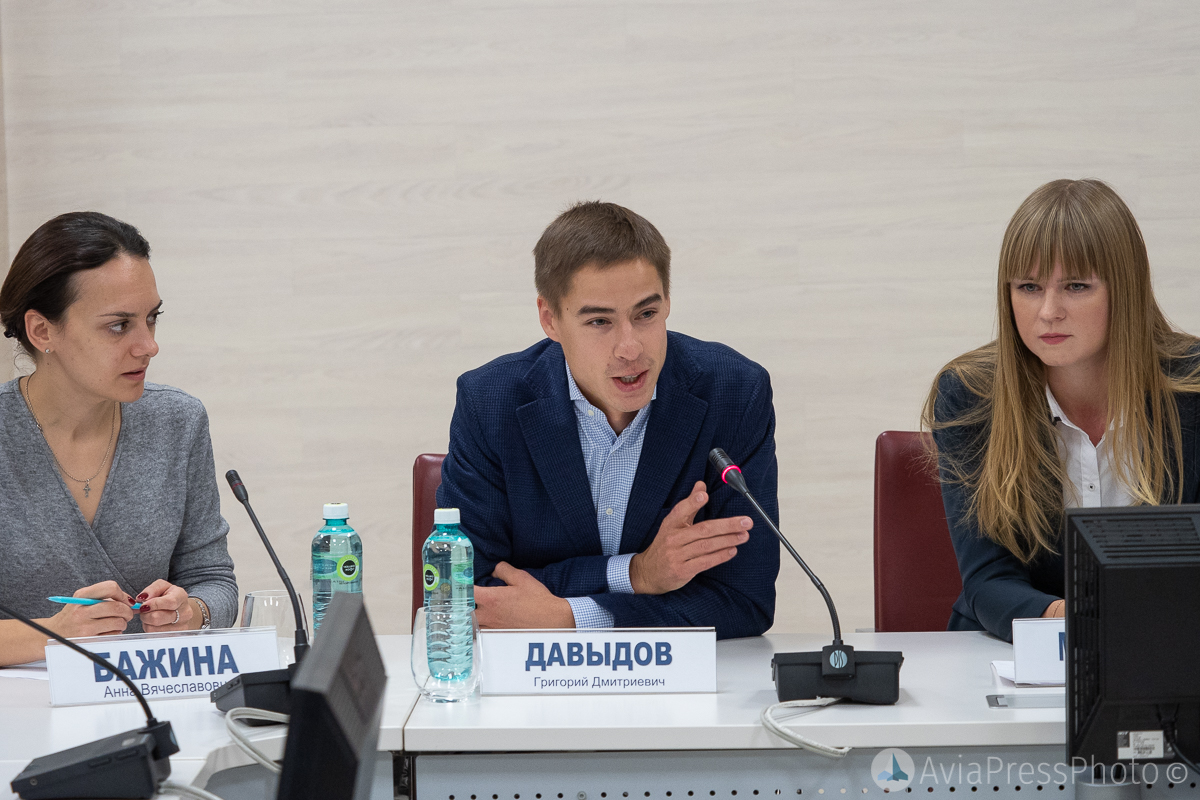 “This is really an significant event that is of great importance for the development of both S7 and Tolmachevo airports, as the base airport of the airline, because this model of medium-haul aircraft has several important advantages that will allow even greater use of the transfer capabilities of the route network It is important to note that this type of aircraft will mainly be based at Tolmachevo Airport, therefore, first of all, passengers of our airport will become the main users of the airport. x advantages the Boeing 737 MAX “- said the commercial director of Tolmachevo airport Natalia Mzhelskaya. 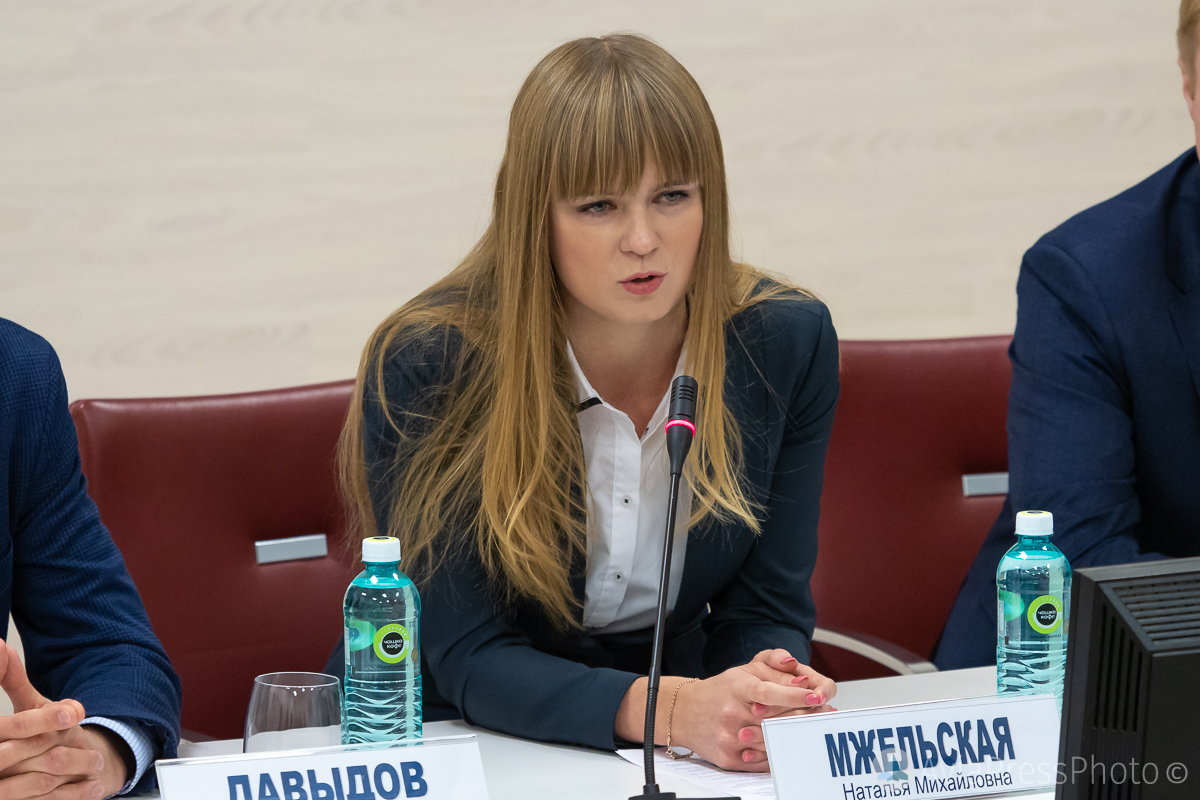 The main visual differences of the new B737 MAX are the twin wing tips, the increased diameter of the engine and the chevron on the nacelles. 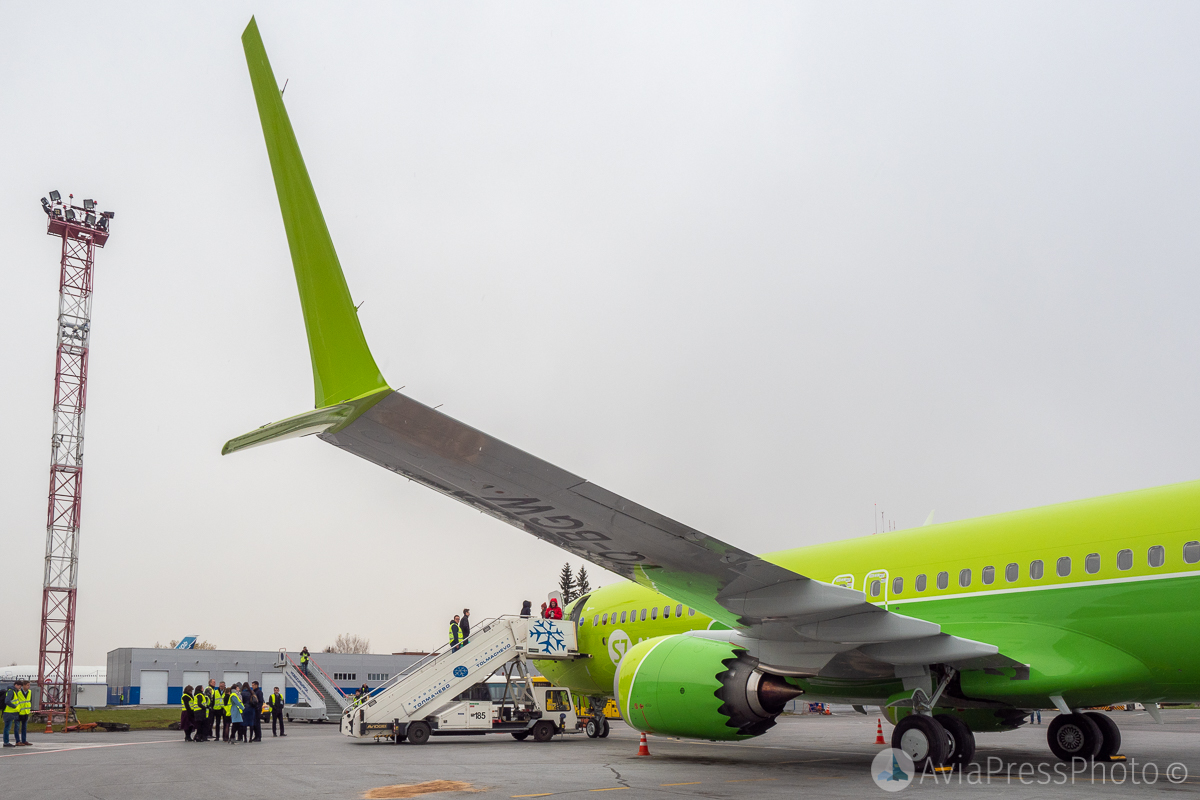 These wingtips allow to increase fuel economy by 1-1.5% relative to standard winglets installed on the Next Generation series. 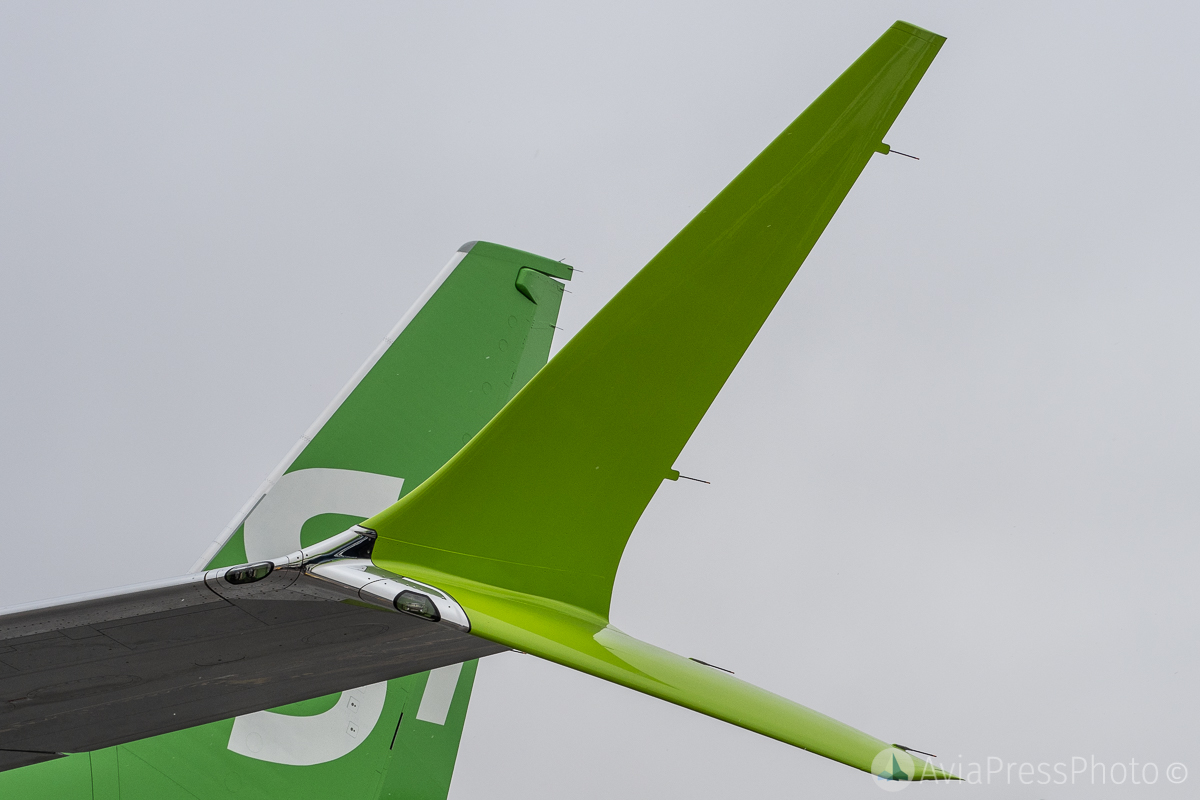 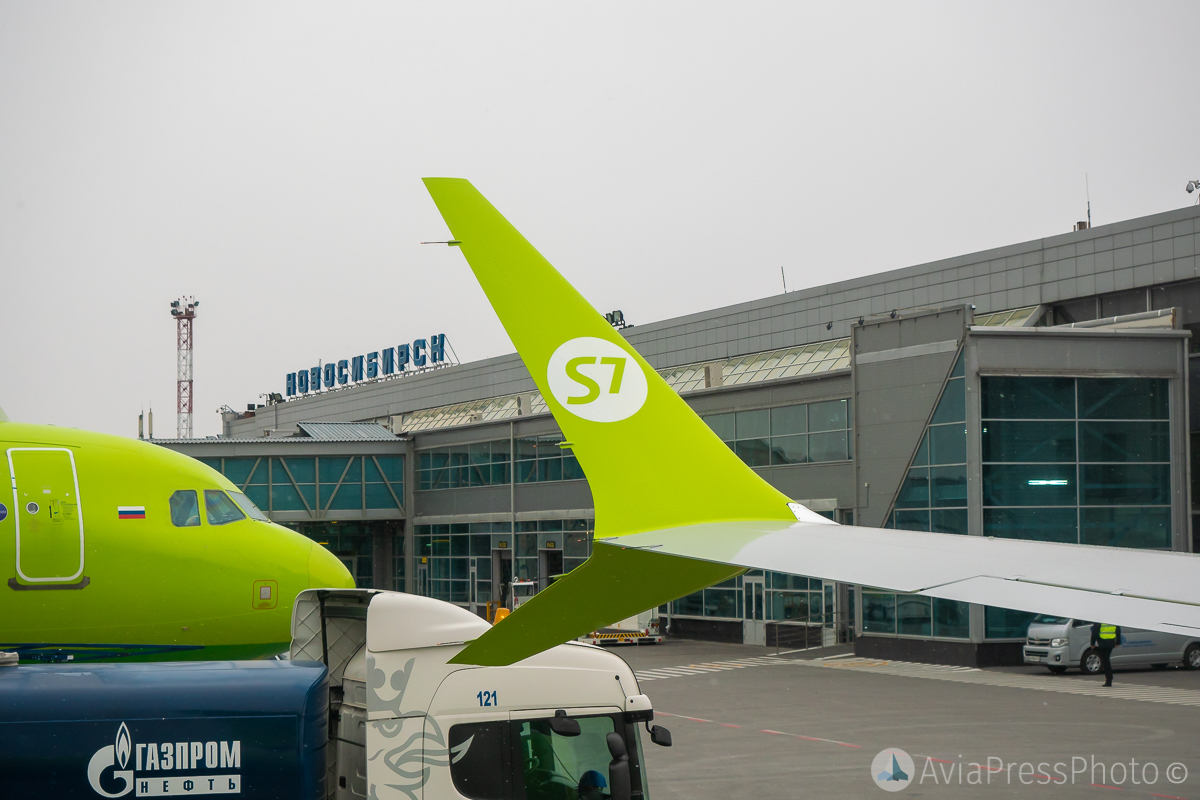 CFM-LEAP-1B engines provide fuel efficiency by 10–15% more than the previous generation, as well as reduced noise due to chevrons at the fan’s exhaust nozzle. 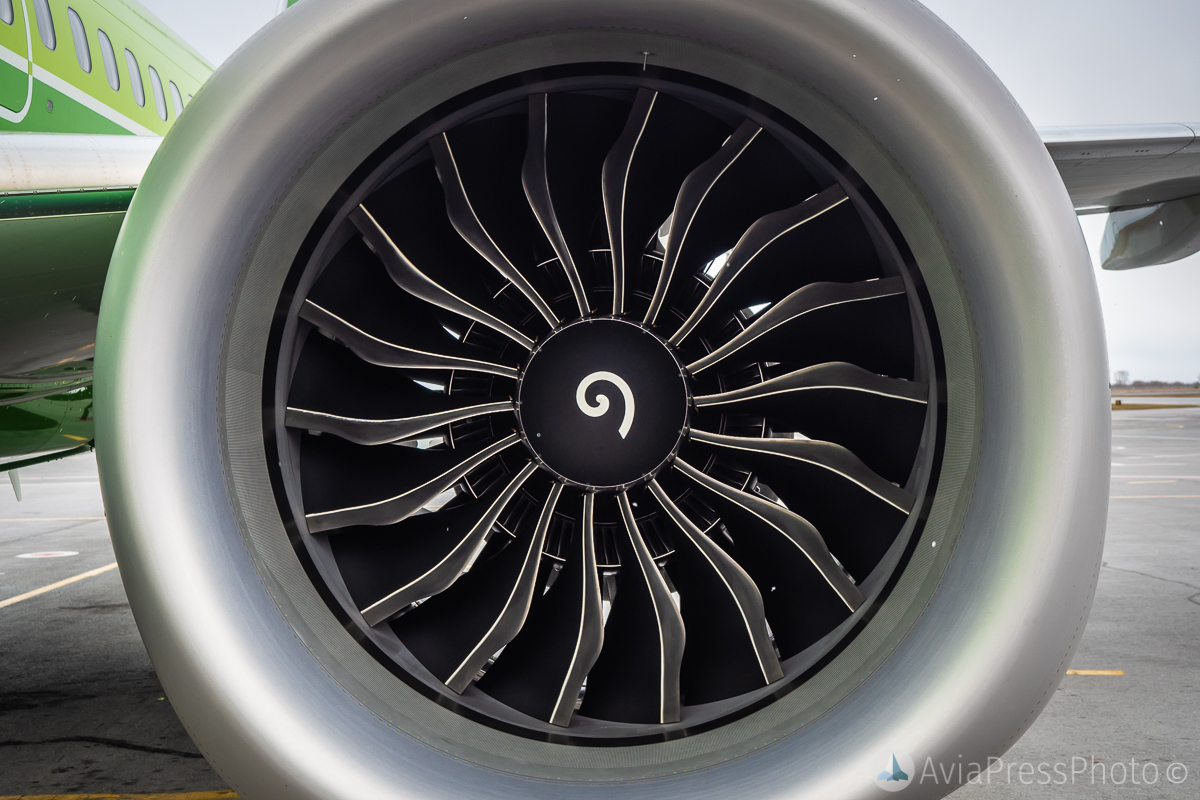 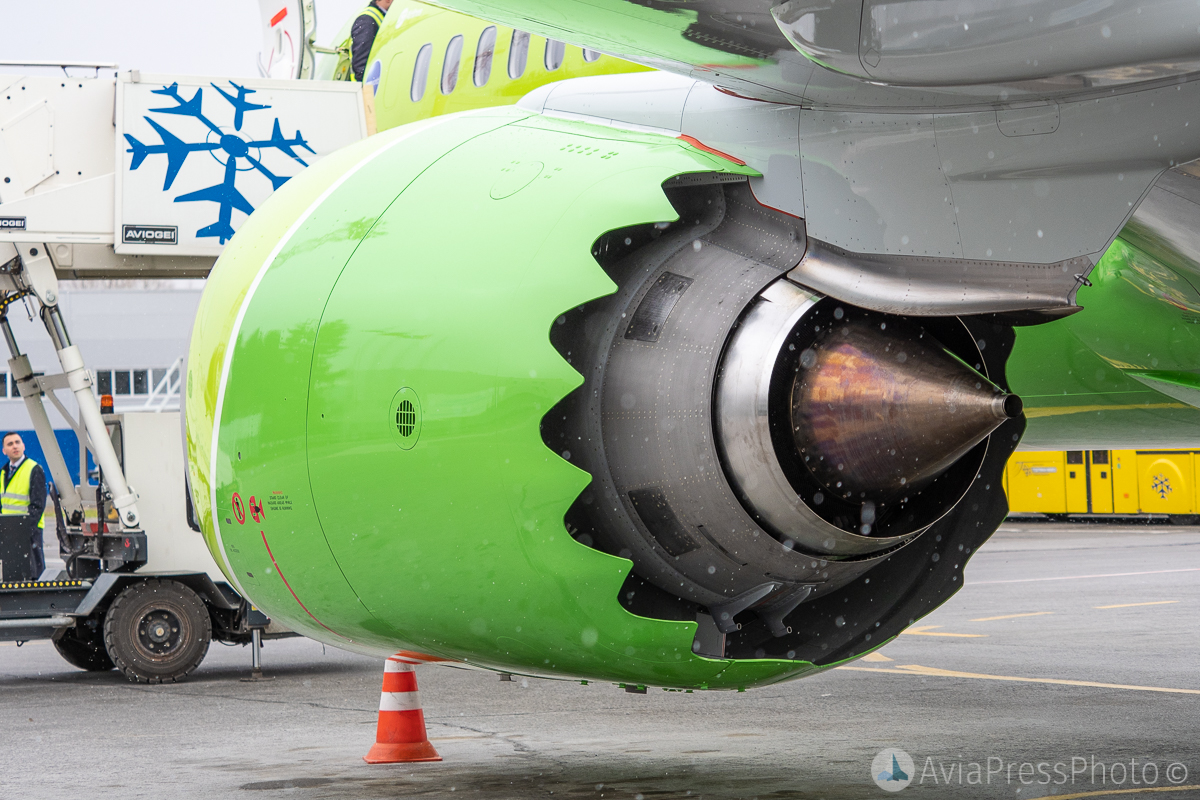 As Oleg Vyacheslavovich Zayka instructor pilot said, this engine is more advanced than the LEAP-1A installed on the Airbus A320NEO and takes less time to start up. The level of noise due to chevrons at the exit nozzle of the fan. 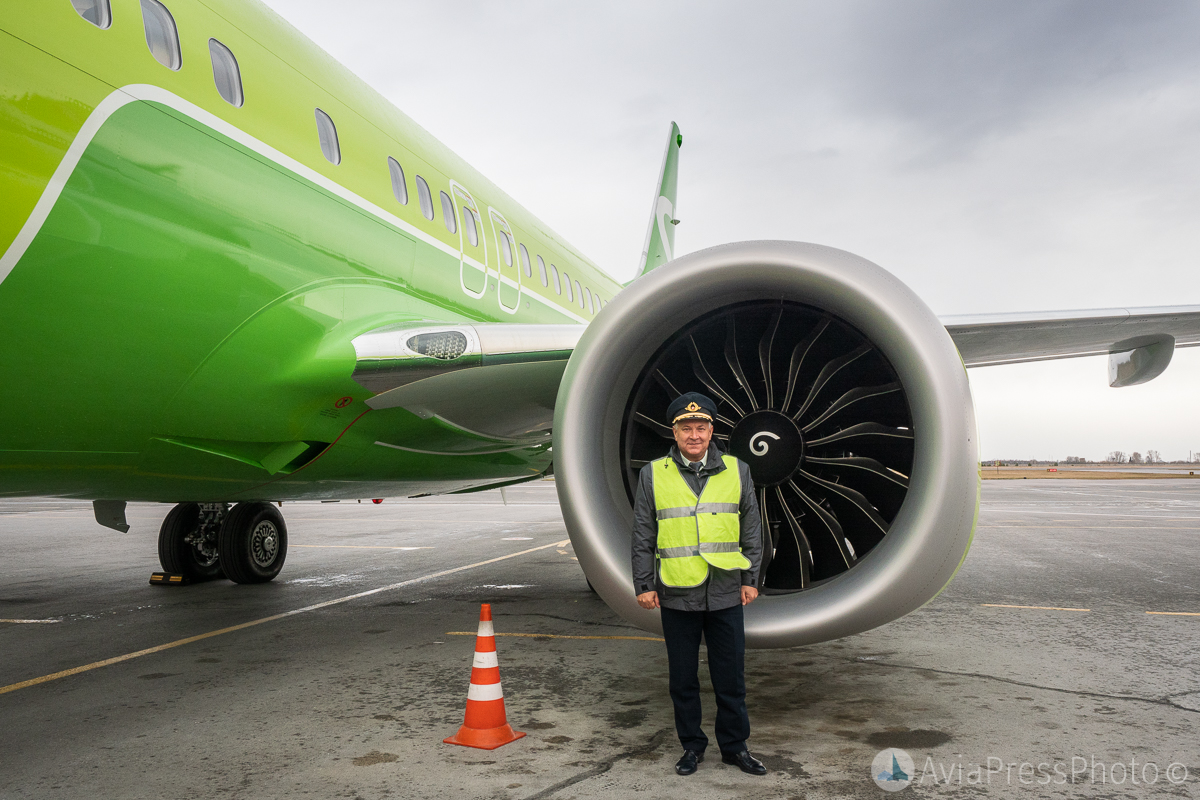 The tail has also changed – the APU compartment is now more like that of the A320. 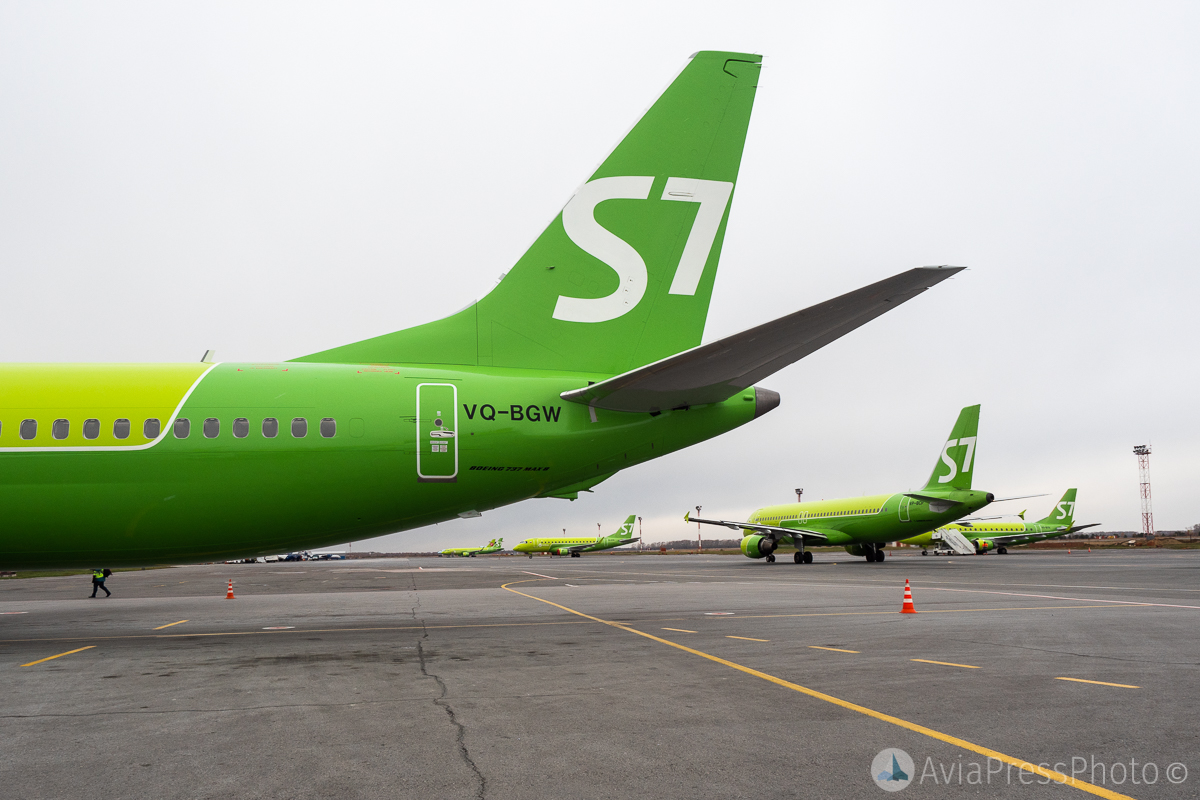 The cabin is designed in the style of Boeing Sky Interior with luggage and LED lights designed for the Boeing 787. 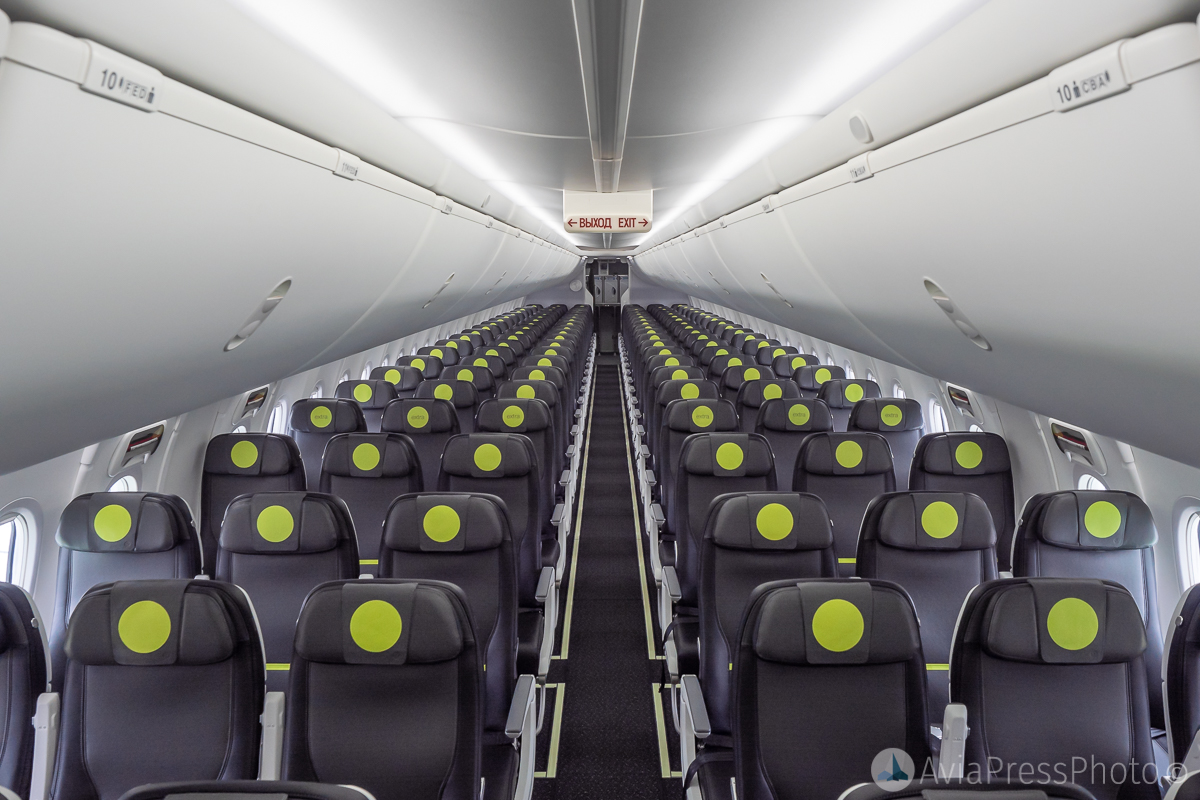 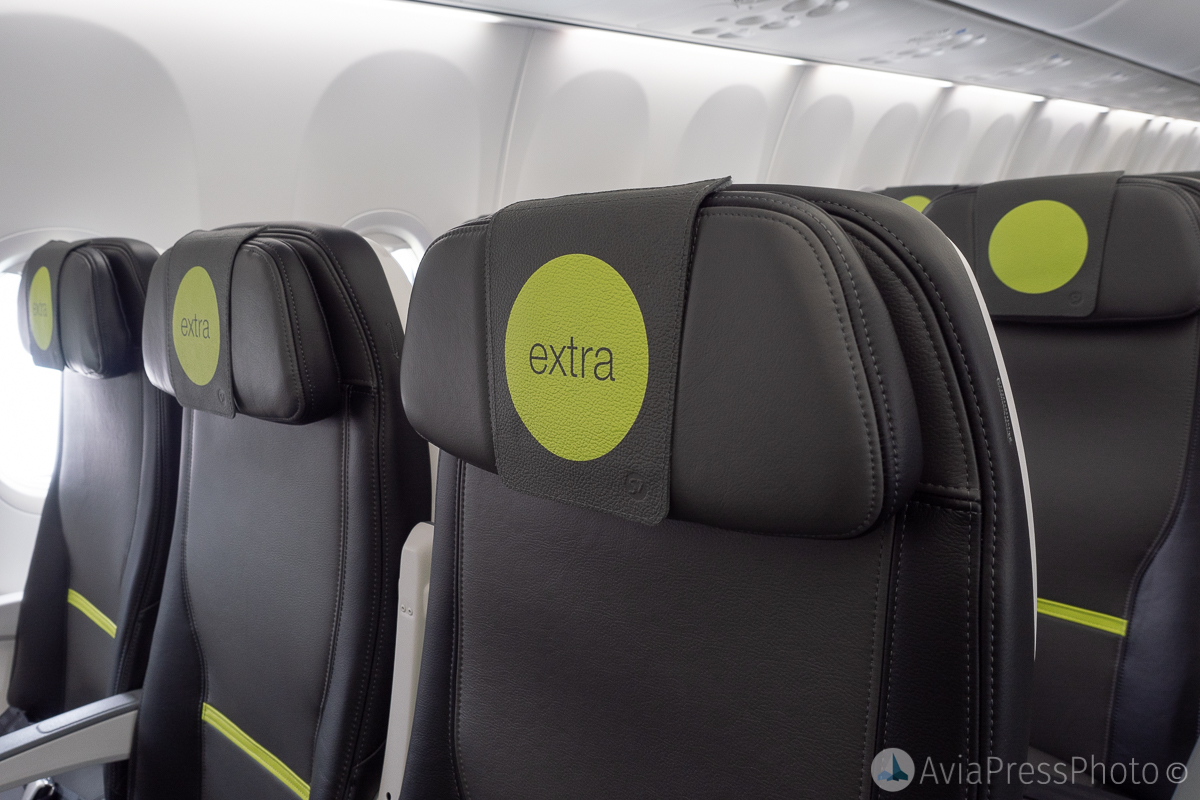 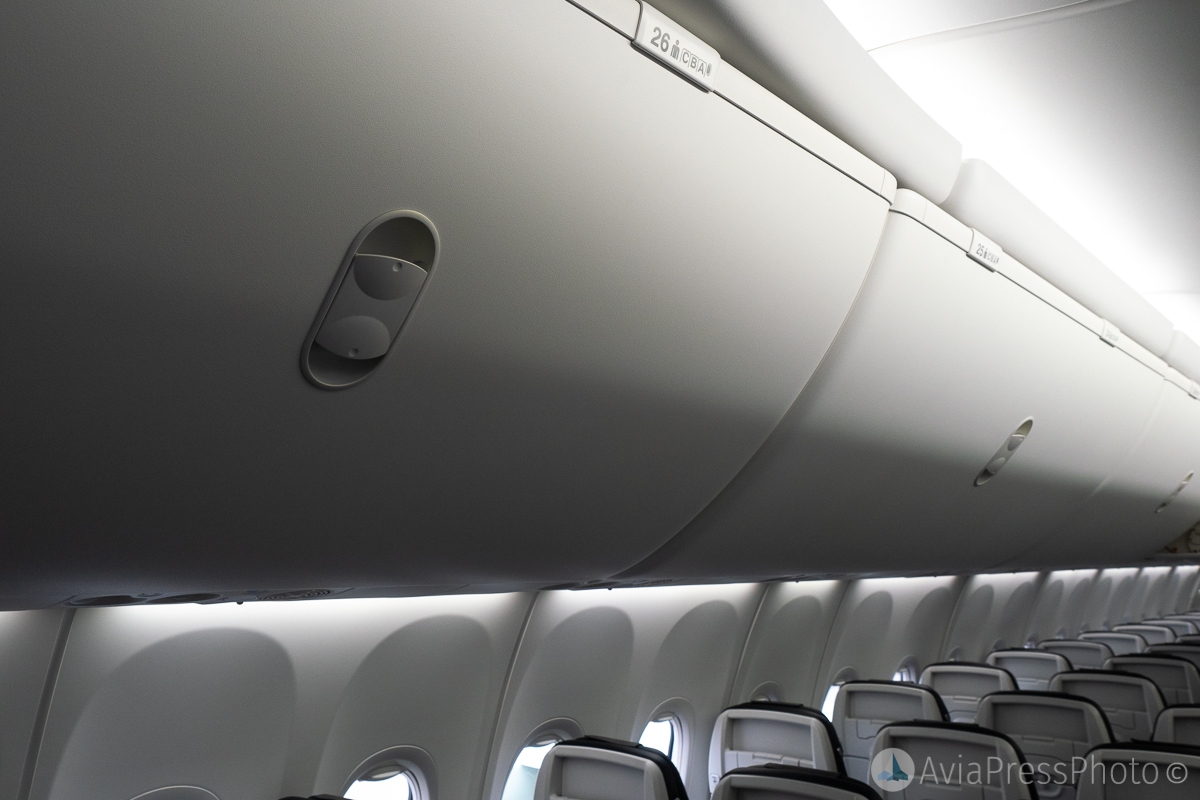 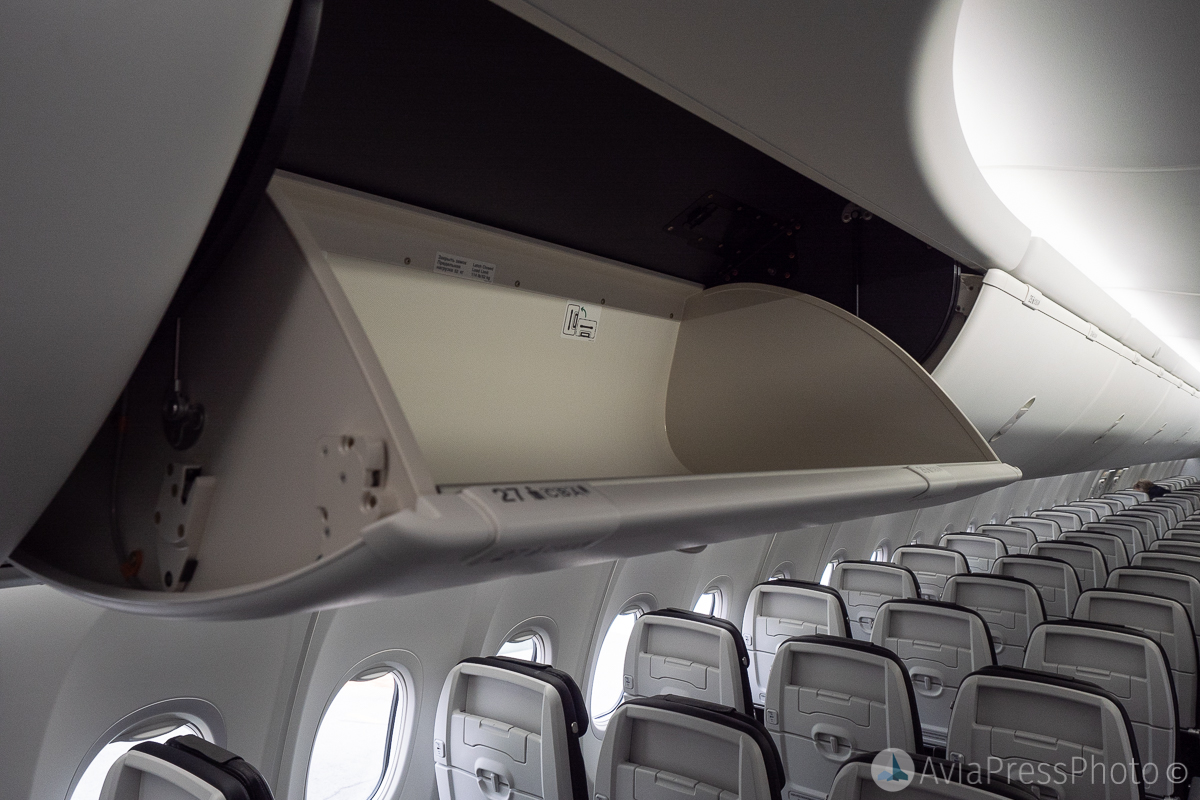 Each seat is equipped with usb-charging, built-in back in front of the chair, and power outlets. 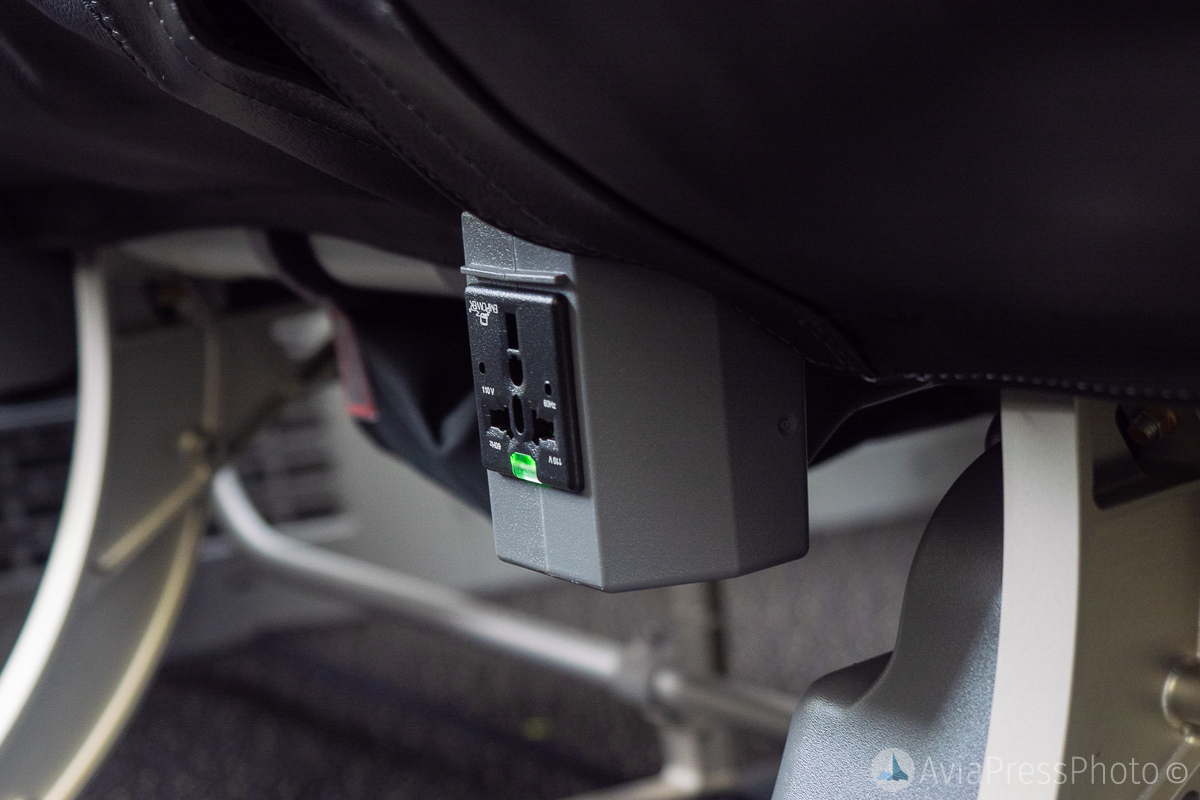 There are also noticeable differences in the cockpit – enlarged displays and changes in control bodies (for example, the chassis release knob has changed its location). 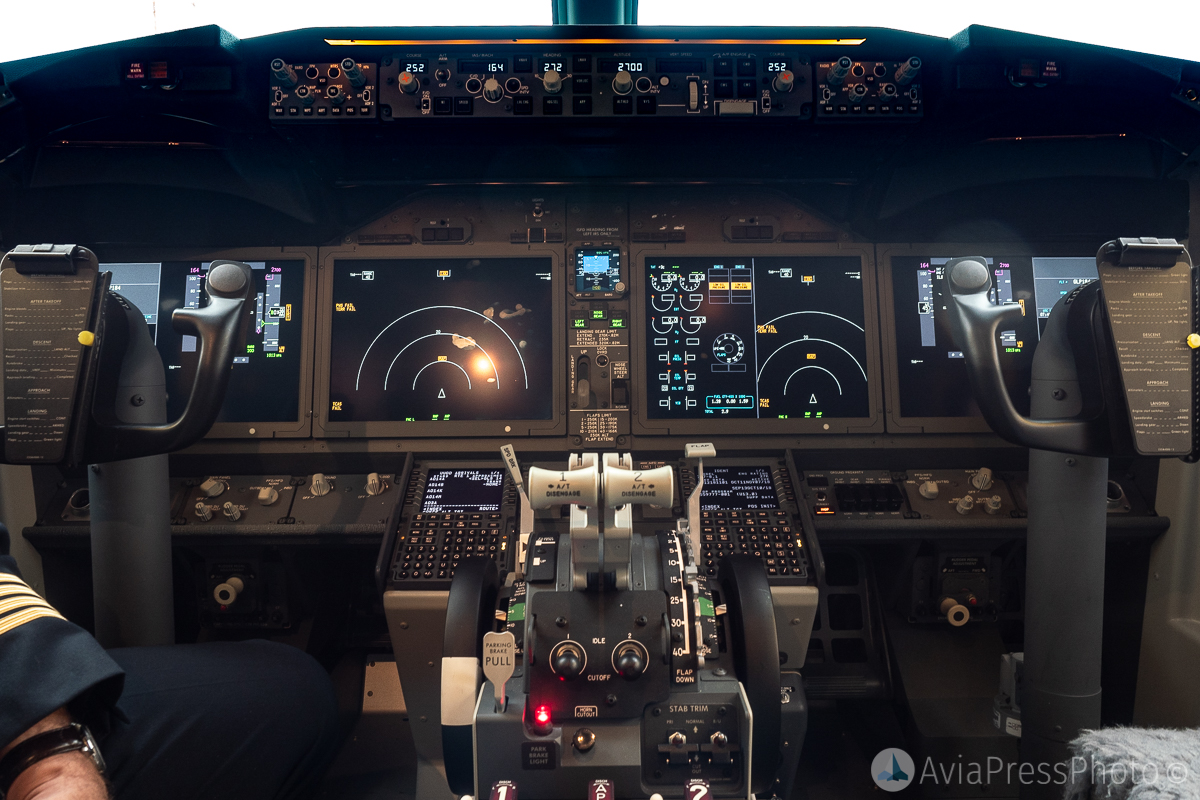 In the near future, S7 Airlines is expected to receive a second board, it is already ready to haul from the Seattle plant. In total, as it became known recently, the airline placed an order for 11 cars of this type.