On July 16, the airport of the city of Kaluga met with the first aircraft of “Azimuth” airlines. The flight was made from Rostov-on-Don. Starting from July 17 “Azimuth” will connect Kaluga with Krasnodar and Mineralnye Vody. 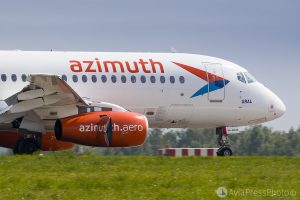 The airline operates flights on new domestic planes Sukhoi SuperJet-100. According to a well-established good tradition in the world, fire trucks meet a new carrier at the airport with a water arch. 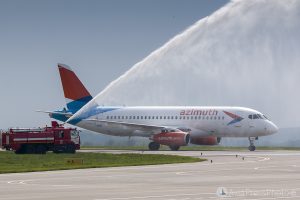 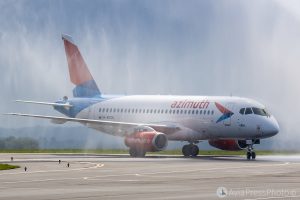 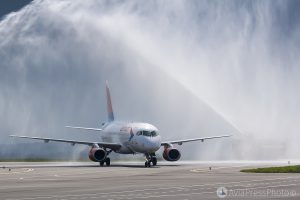 The first flight to Kaluga Azimut delivered 55 people, including journalists and correspondents from Rostov-on-Don. “For our region and the airport this trip is of great importance – we are opening new directions. This is the result of the great and hard work that we made with colleagues in opening these directions,it is important for us to go on, to have new routes and airlines in our airport” – said Deputy Governor of the Kaluga region Vladimir Popov. 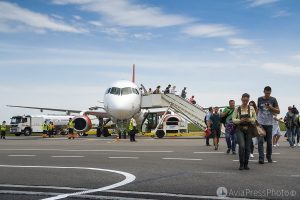 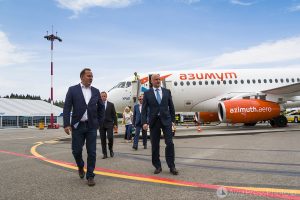 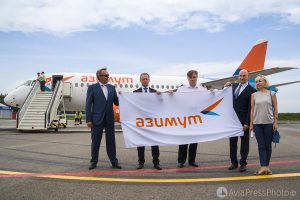 Residents of Kaluga showed interest in this direction, and back to the southern capital of Russia SuperJet-100 will take away 76 passengers.Not the least role in this interest was played by affordable ticket prices. However, according to the general director of the company Pavel Ekzhanov, “Azimuth” does not position itself as a low-coster, it is a new regional airline offering excellent service at affordable prices. 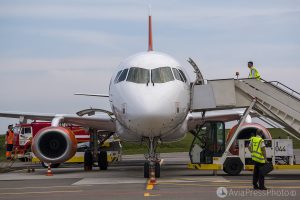 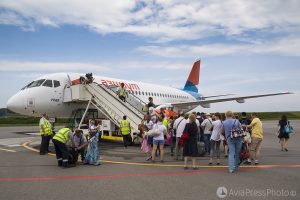 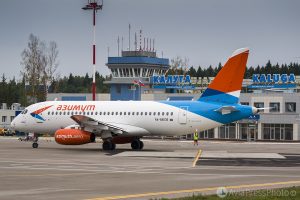 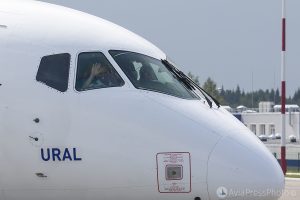 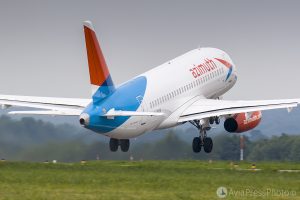 Now “Azimuth”, which appeared on the air transportation market just a year ago, is actively establishing links between the south and the central regions of Russia. At the moment, there are 8 Sukhoi SuperJet-100 airplanes with a capacity of up to 103 passengers in the fleet. Next year the airline plans to expand the fleet up to 10 aircraft.