During the World Cup, on June 29, Air France carried out the Paris-Moscow flight on the long-range Boeing-787-9 Dreamliner. Boeing-787 of this airline visited the capital airport Sheremetyevo for the first time. This is an additional opportunity to bring fans to the World Cup for “Air France”, as well as showcase their partners and customers the newest airliner. 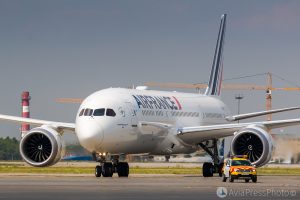 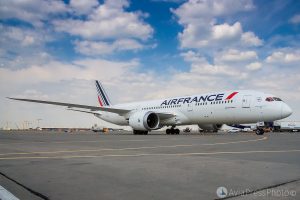 On the occasion of the first visit of the French Boeing-787-9, the Sheremetyevo airport press service together with “Air France”, organized an official event for aviation bloggers and professional photographers of the aviation genre. Photographers were able to capture the arrival of the aircraft to the airport, its ground handling and departure. 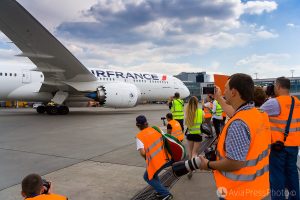 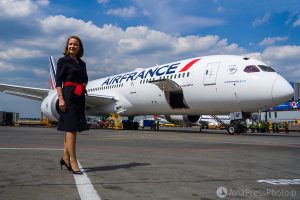 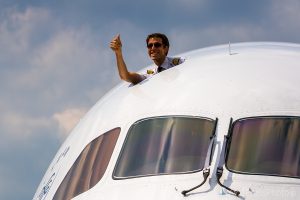 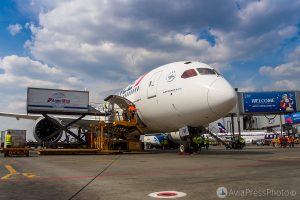 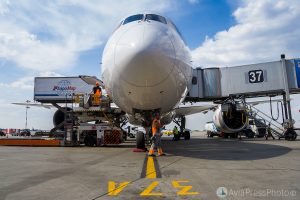 Boeing-787 Dreamliner is an aicraft of a new generation, more environmentally friendly (produces 20% less noise and CO2 emissions into the atmosphere). The aircraft is equipped with WiFi and passenger cabins of the latest generation and chairs made by “Zodiac Aerospace”. 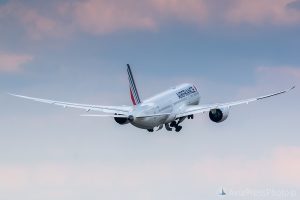