During the first stage of the exercise, more than 800 soldiers and over 60 units of military and special equipment of the Ivanovo and Tula Guards Airborne Forces made a landing at a training area near Ryazan. According to the legend of the exercises, the airborne forces were faced with the task of seizing the airfield of the conditional enemy.

During the final stage of the exercises held at the Dubrovichi training ground, the units of the Ulyanovsk Separate Guards Airborne Assault Formation, while carrying out airborne assault, reconnaissance-strike and raid operations, “destroyed” a simulated enemy.

Il-22 and A-50U aircraft were also involved in the exercises. The first is a communications relay aircraft that provides the military with uninterrupted communications. The second is a long-range radar spotting aircraft who controls the airspace and transmits information to the control point.

After the takeoff of the Il-22 and A-50U, the rest of the participants in the exercises, the An-26 and Il-76 aircraft, rise into the sky.

After airborne and lining up in battle formations, the IL-76 heading for the training ground.

After the airdrop, all aircraft involved in the exercises return to their home airfields. 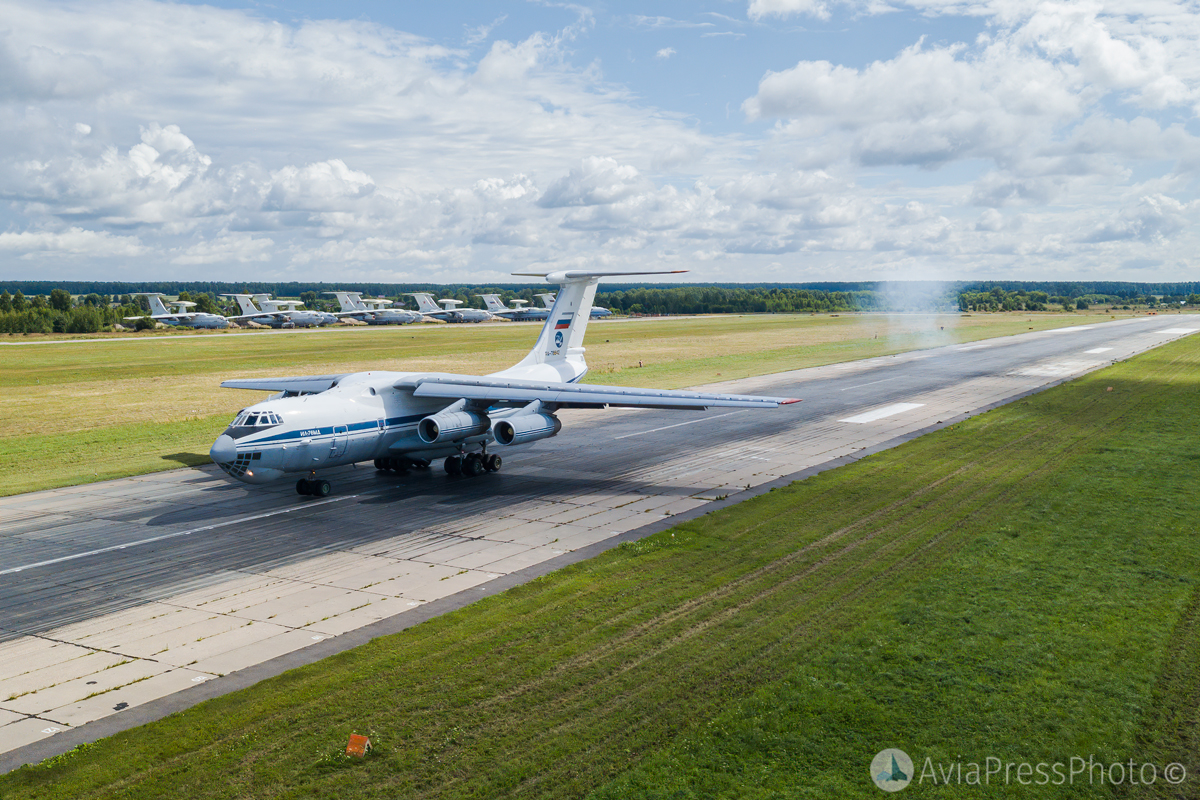