More than 200 “enemy” aircraft were destroyed by pilots of the Western Military District as part of the largest aviation exercise Ladoga 2019 in the Republic of Karelia. Military pilots hit targets, both at extremely low altitudes and at altitudes above 10,000 meters. 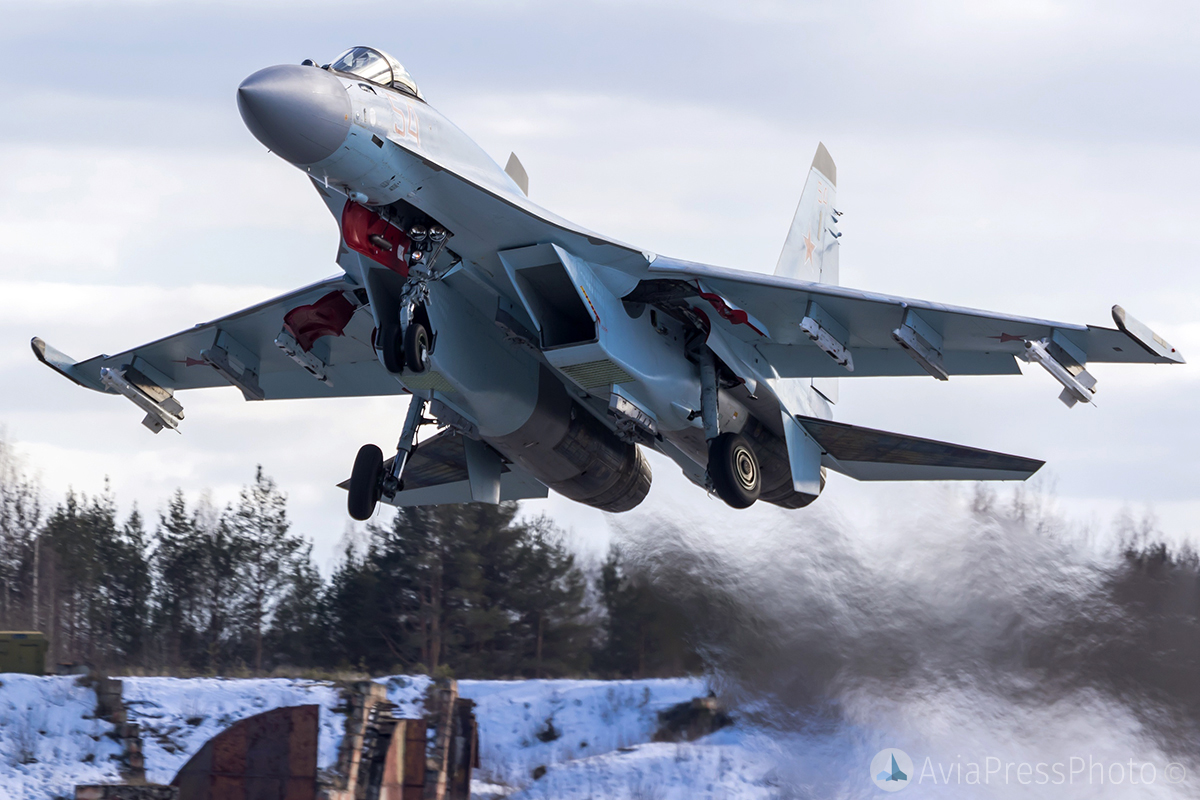 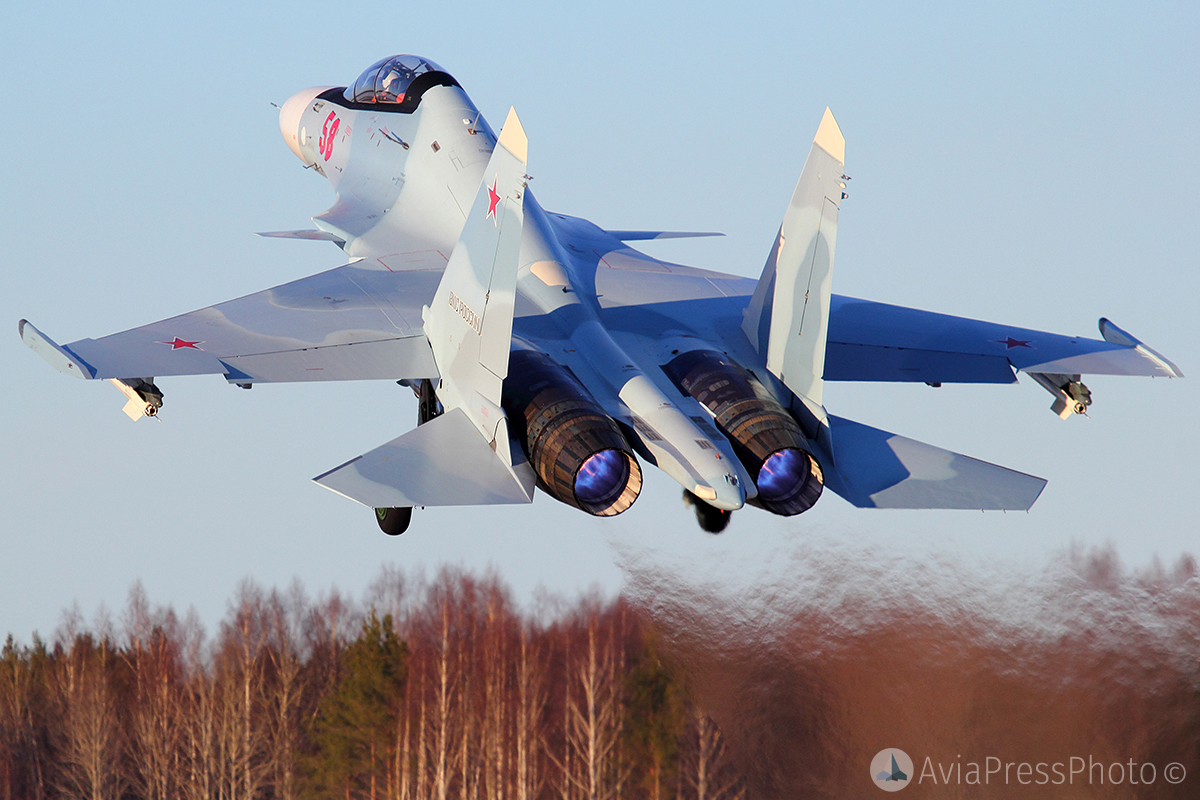 During the week, fighter pilots practise elements of air combat with a conditional enemy, as well as the combat use of aviation weapons on air targets.
After the emergency takeoff, pilots had to detect the target in the area, intercept and imitate an attack. Airborne and ground-based controls made it possible to determine the extent to which targets were hit, both by missile and cannon weapons.
The peculiarity of the exercise was that the military pilots were not informed about target location and its characteristics before receiving the signal, and independently carried out its search, capture for escort, being in the combat duty zone in the air. Such conditions bring the pilots as close as possible to the implementation of practical air tasks.
Aviation weapons were used on aerial targets, which were a luminous aerial bomb, parachuted at altitudes from extremely small to 10-12 km by Su-30SM aircraft. Airplanes singly and as a part of pairs performed on it launches of air-to-air guided missiles, as well as firing of cannon weapons. 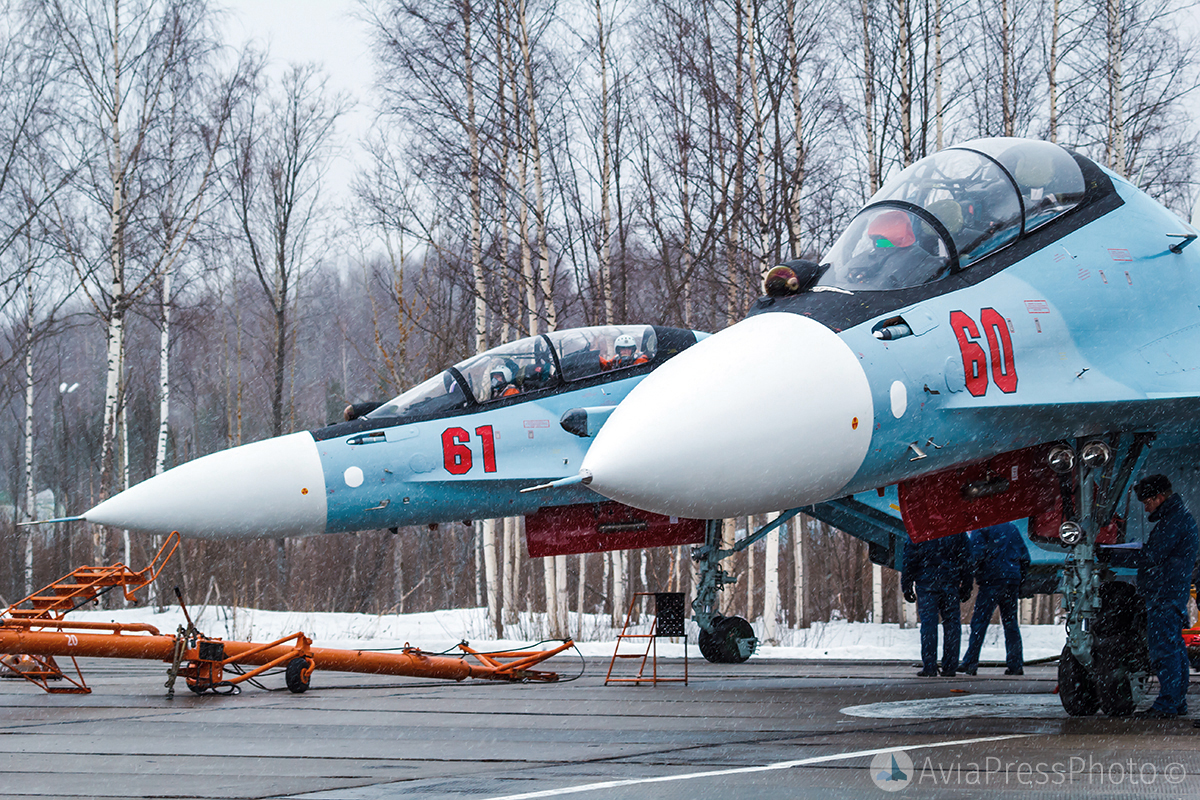 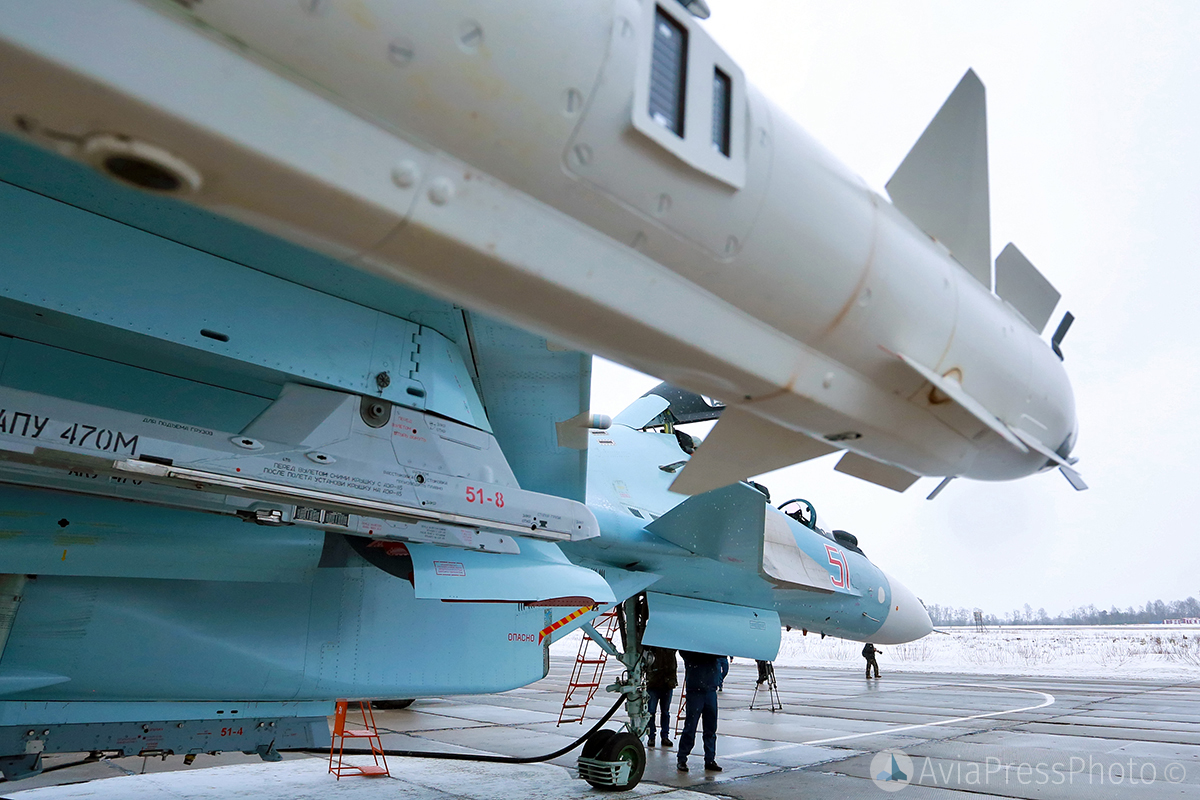 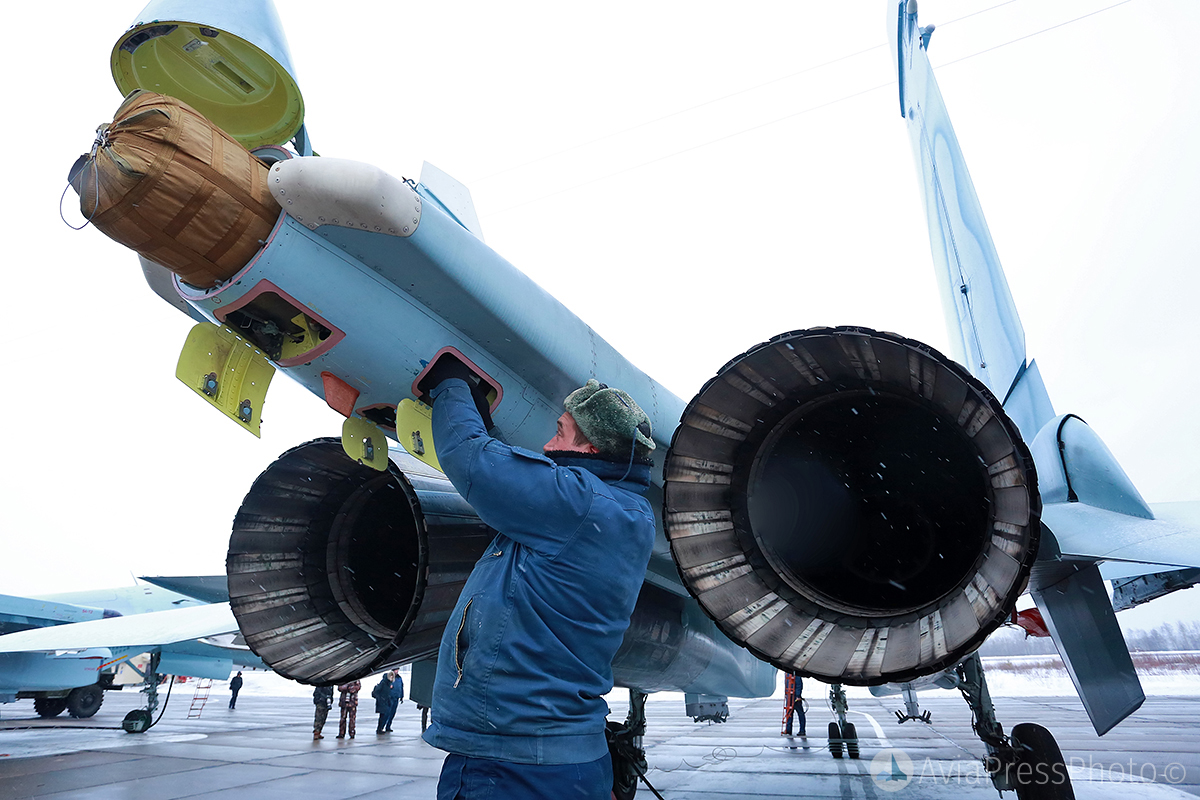 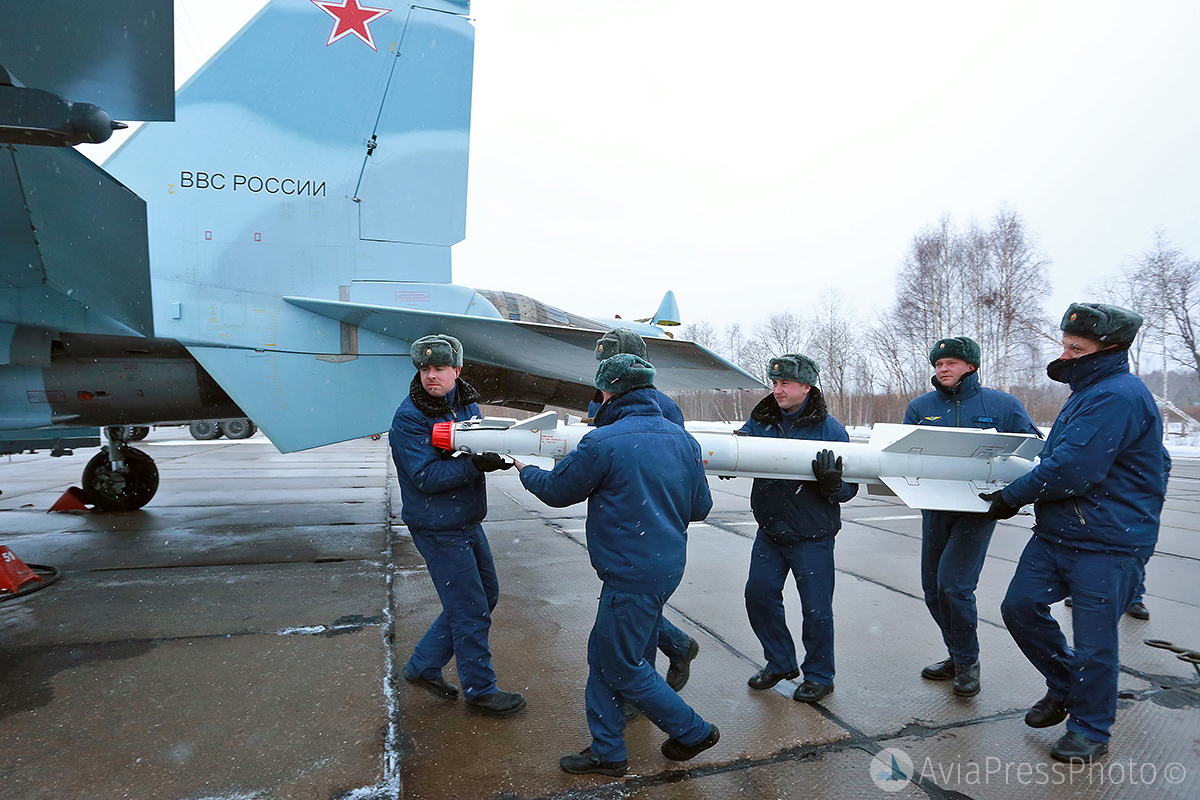 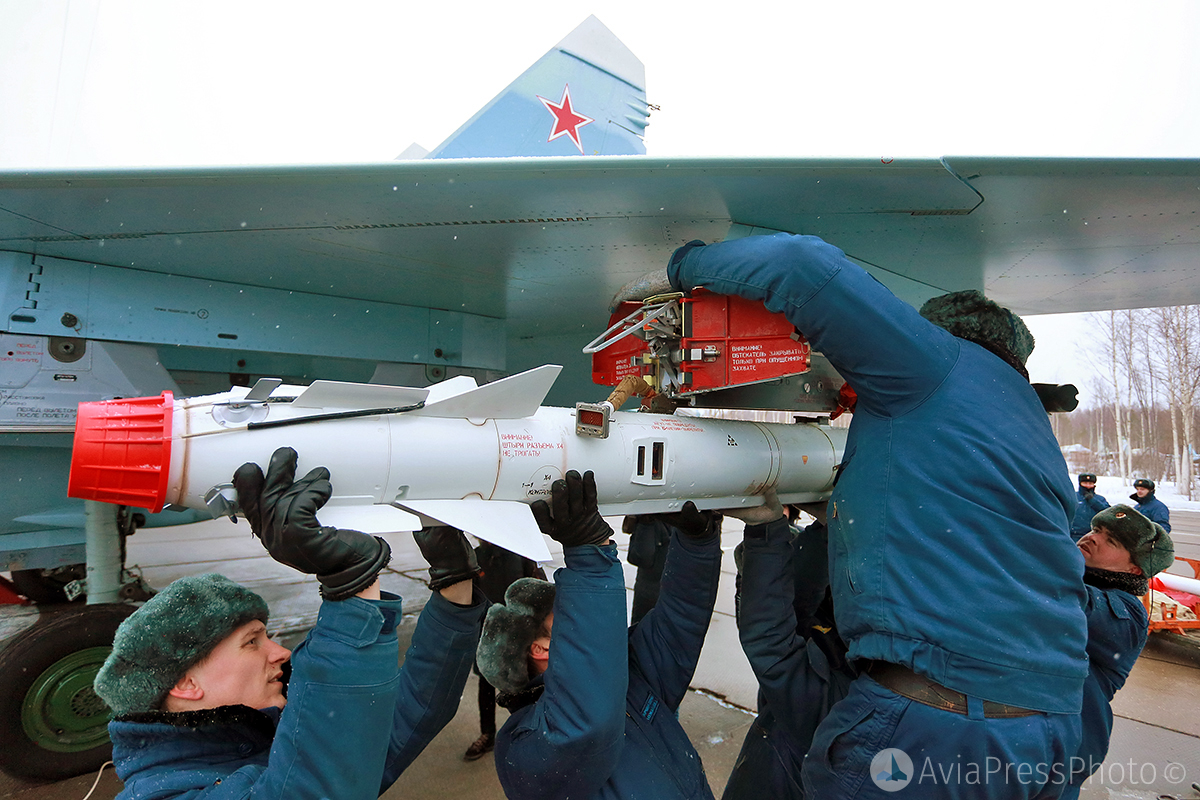 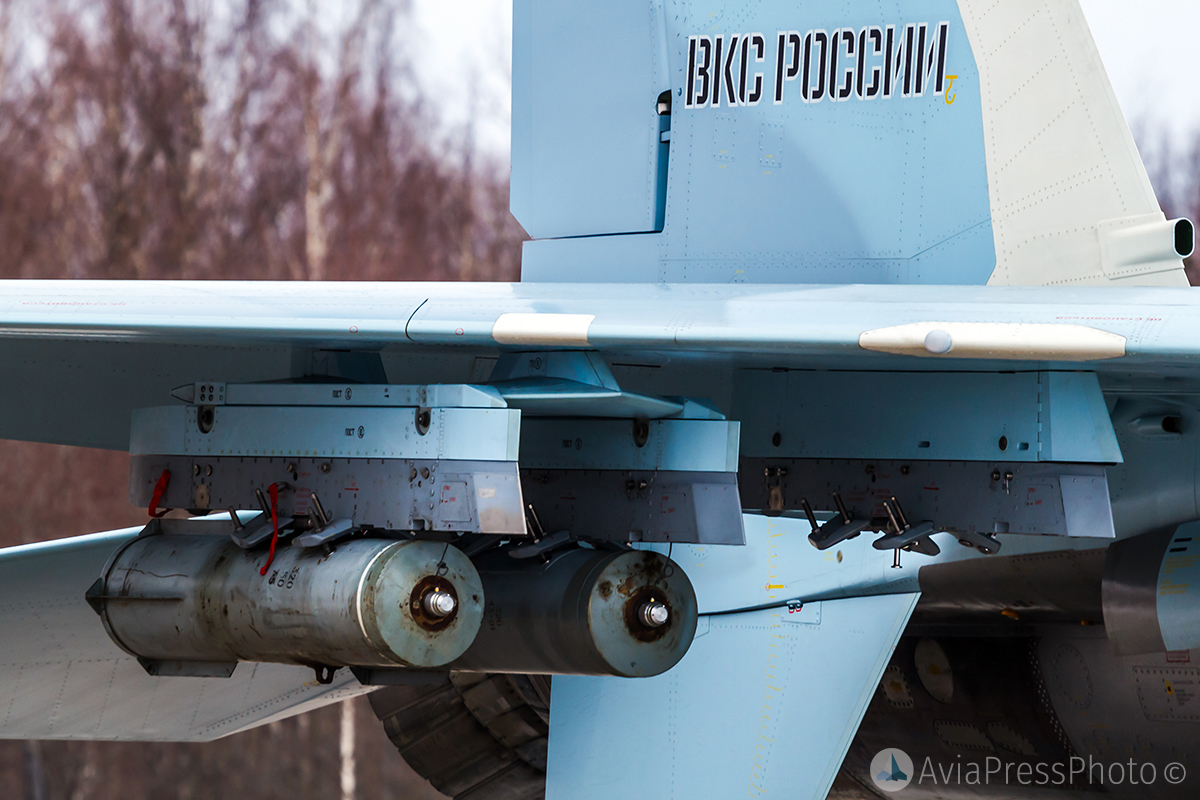 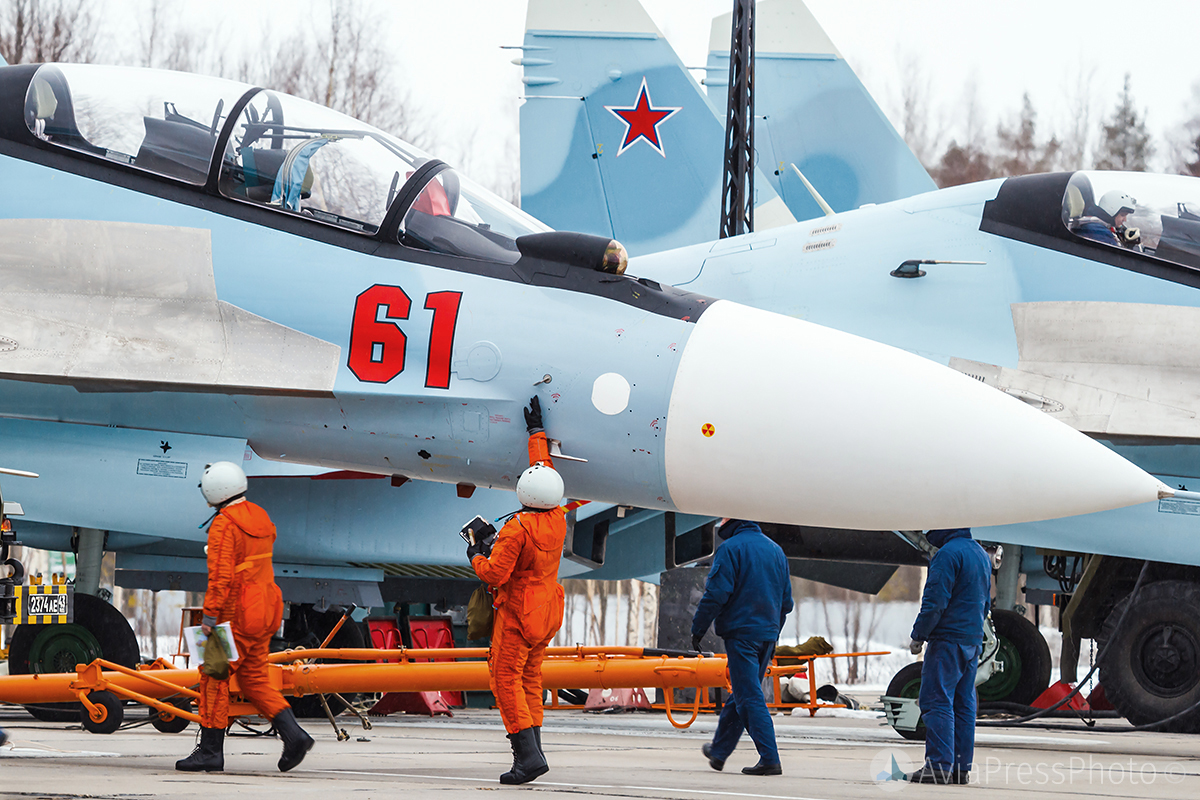 In total, during the exercise, more than 70 sorties were flown for combat use during the daytime and over 60 for night use. More than 150 guided missiles launched. About 10% of fighter pilots used guided missiles for the first time during the day, and every fifth pilot used them at night. Following the results of live firing, the young pilots were allowed to carry out combat duty to protect the airspace of the Russian Federation.
The exercise takes place over the range and in the coastal zone of Ladoga Lake. Pilots of the Air Force and Air Defense of the region carry out flights on MiG-31BM airplanes, as well as Su-34, Su-35S and Su-30SM from two airdromes based in the Republic of Karelia and the Tver region. 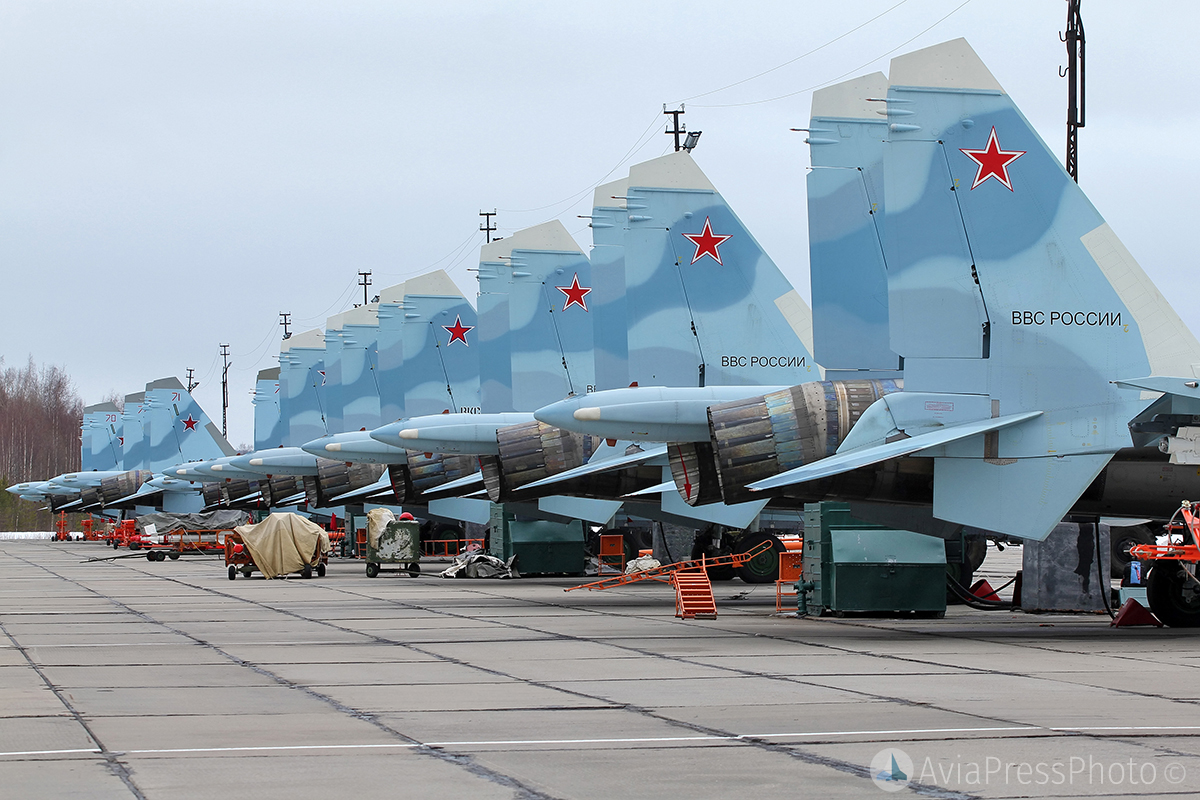 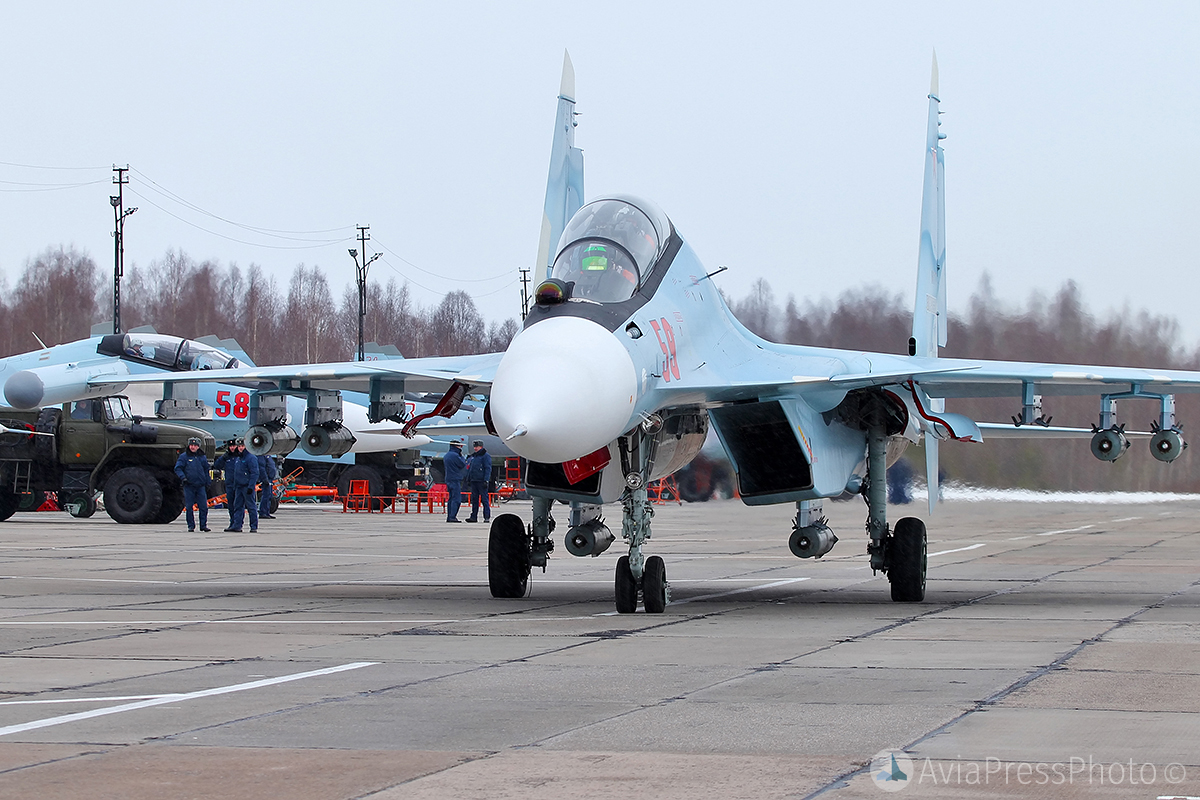 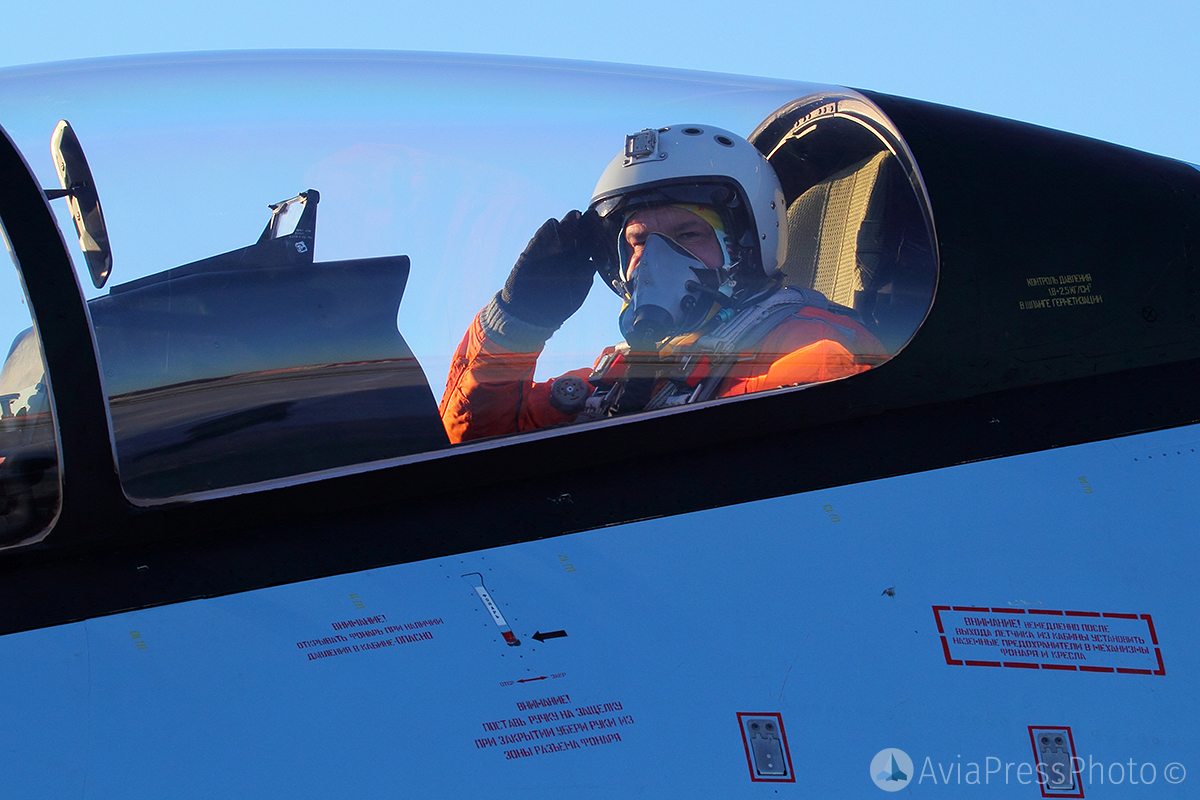 Aircraft also flew in bad weather. Su-30SM, Su-35S are all-weather machines of the 4 ++ generation that perform their tasks regardless of weather conditions and time of day. 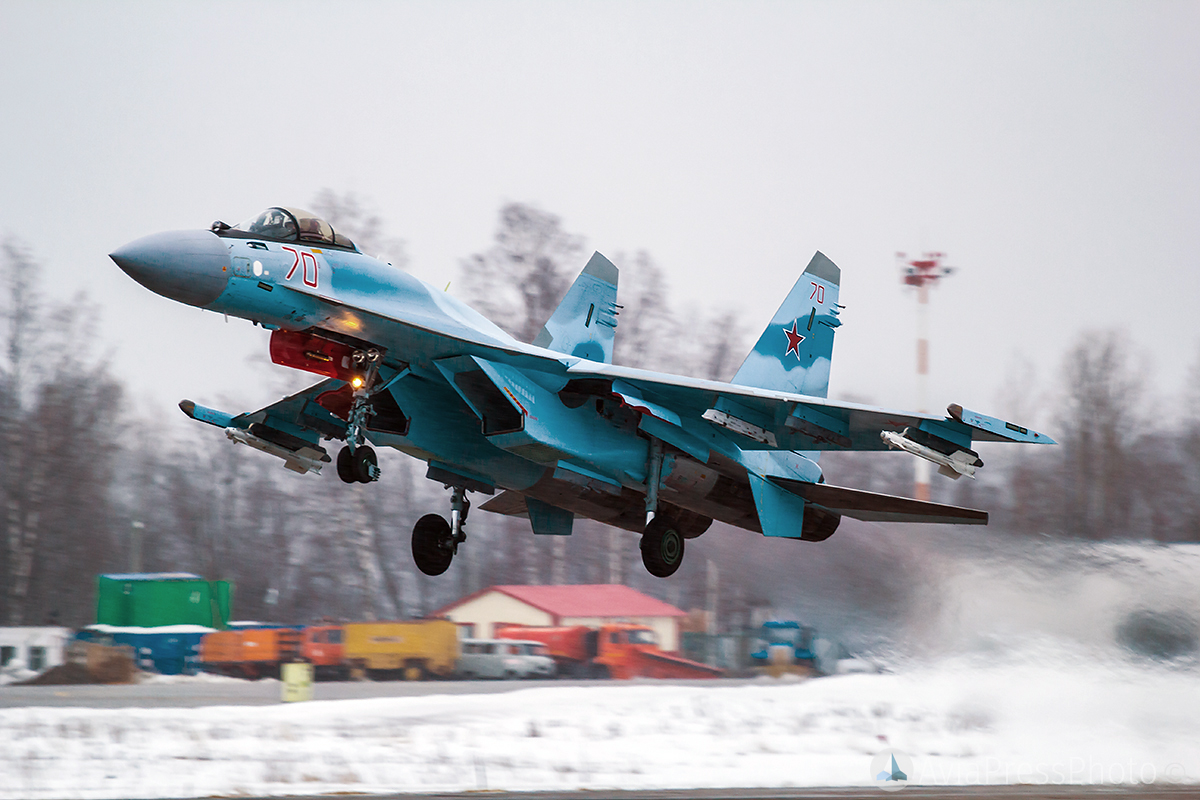 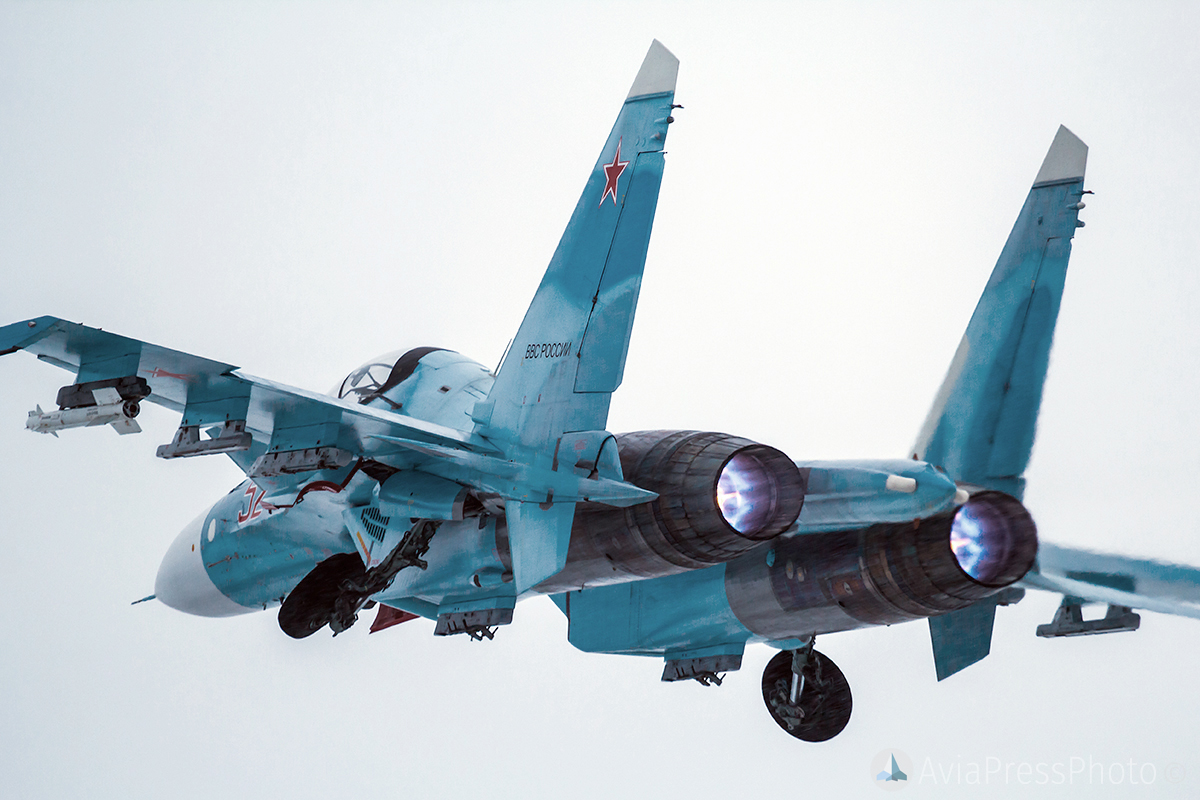 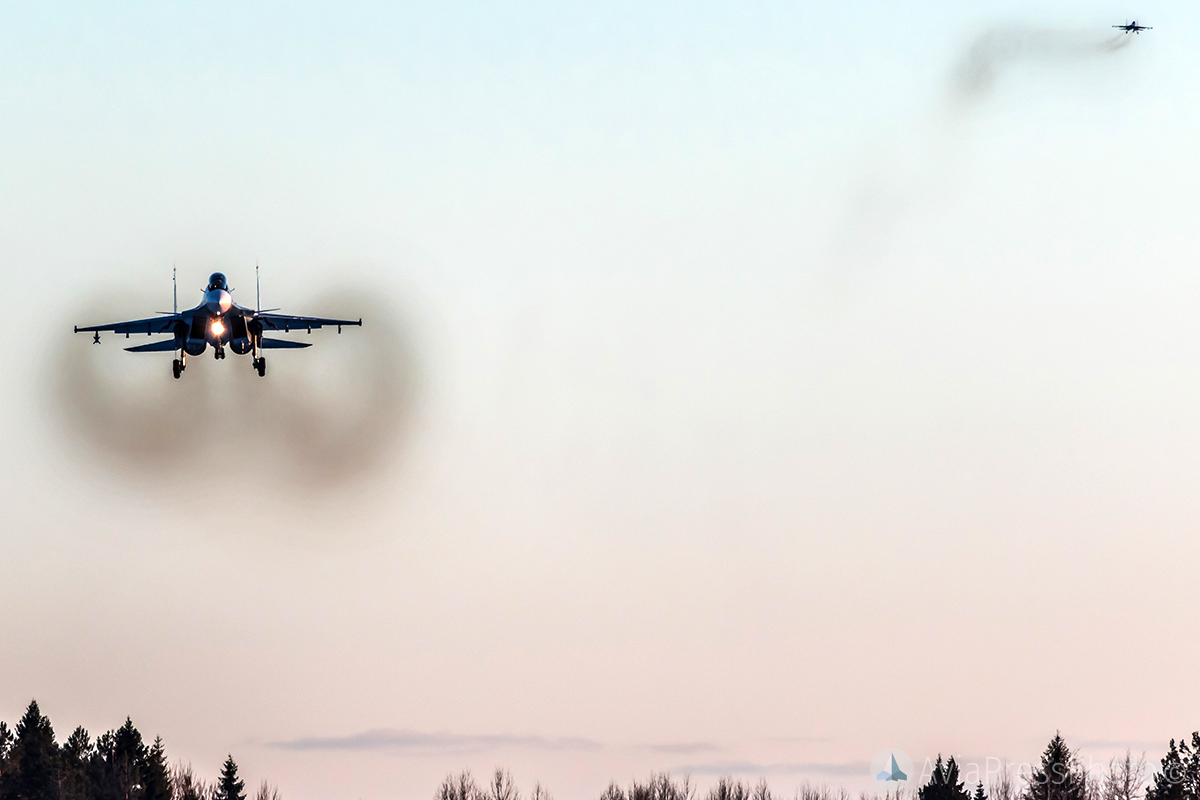 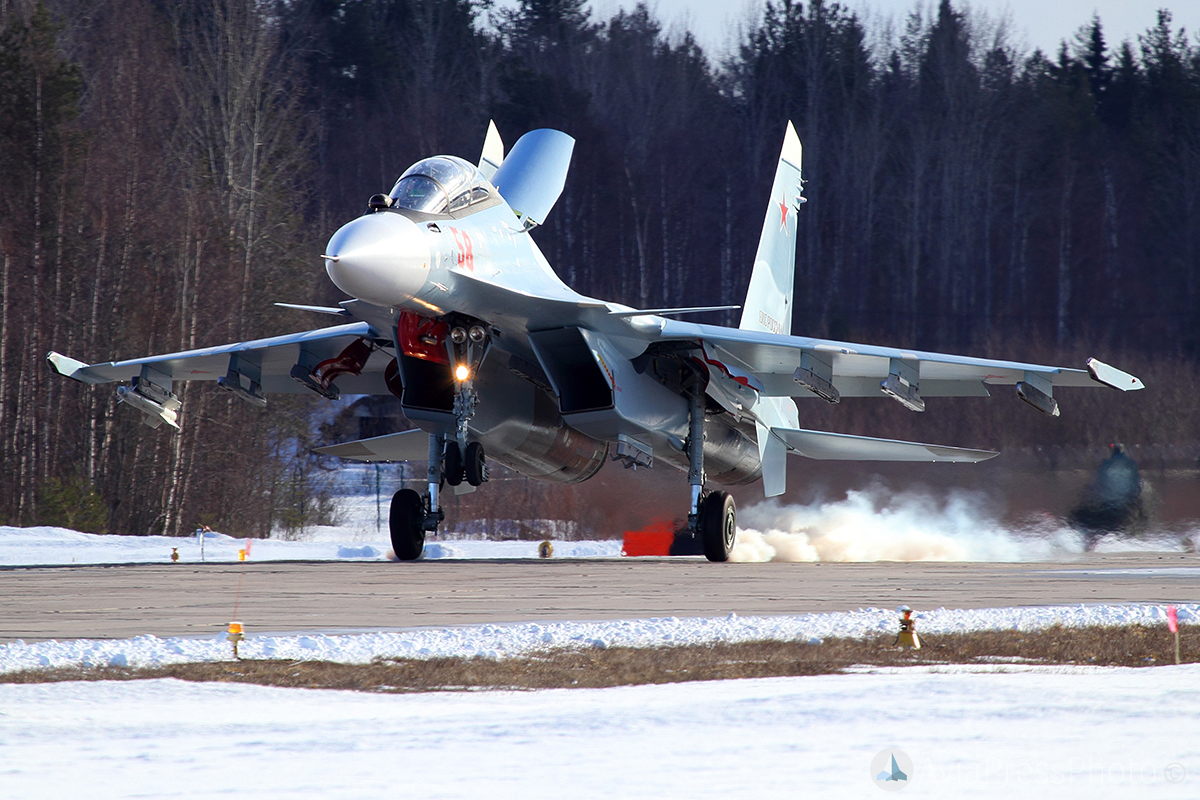 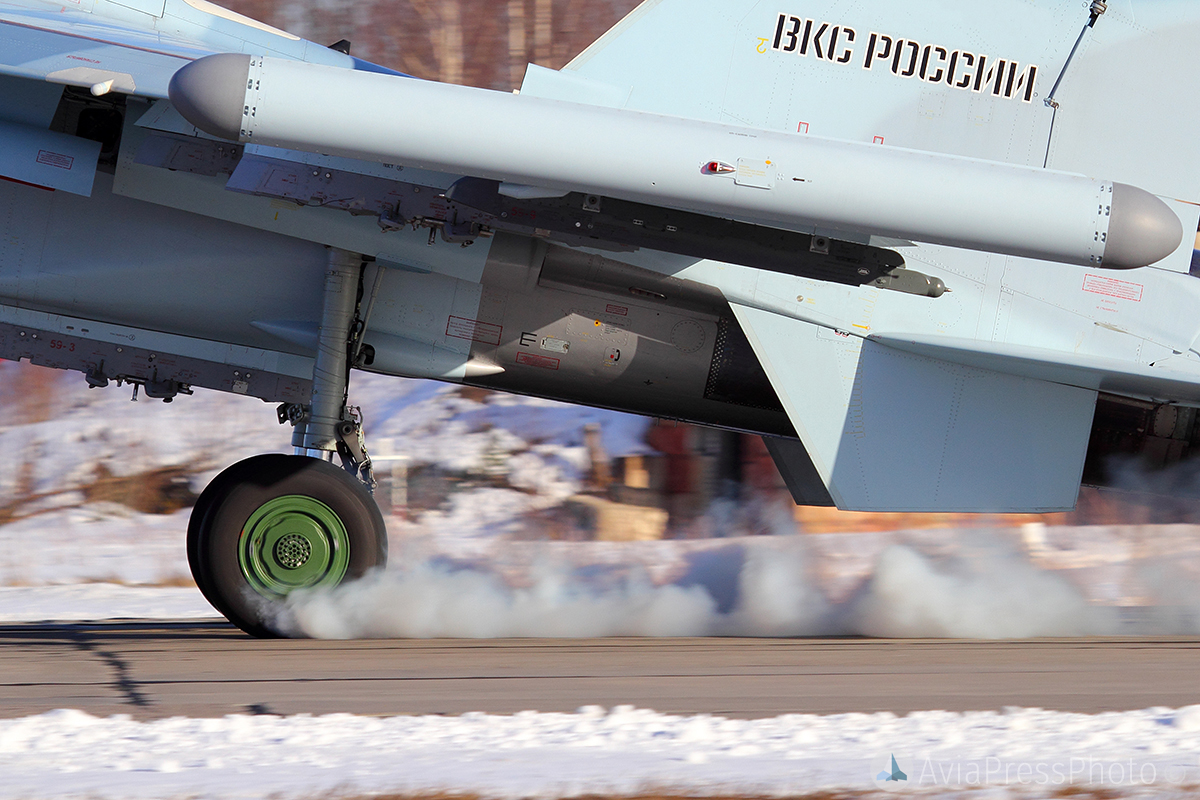 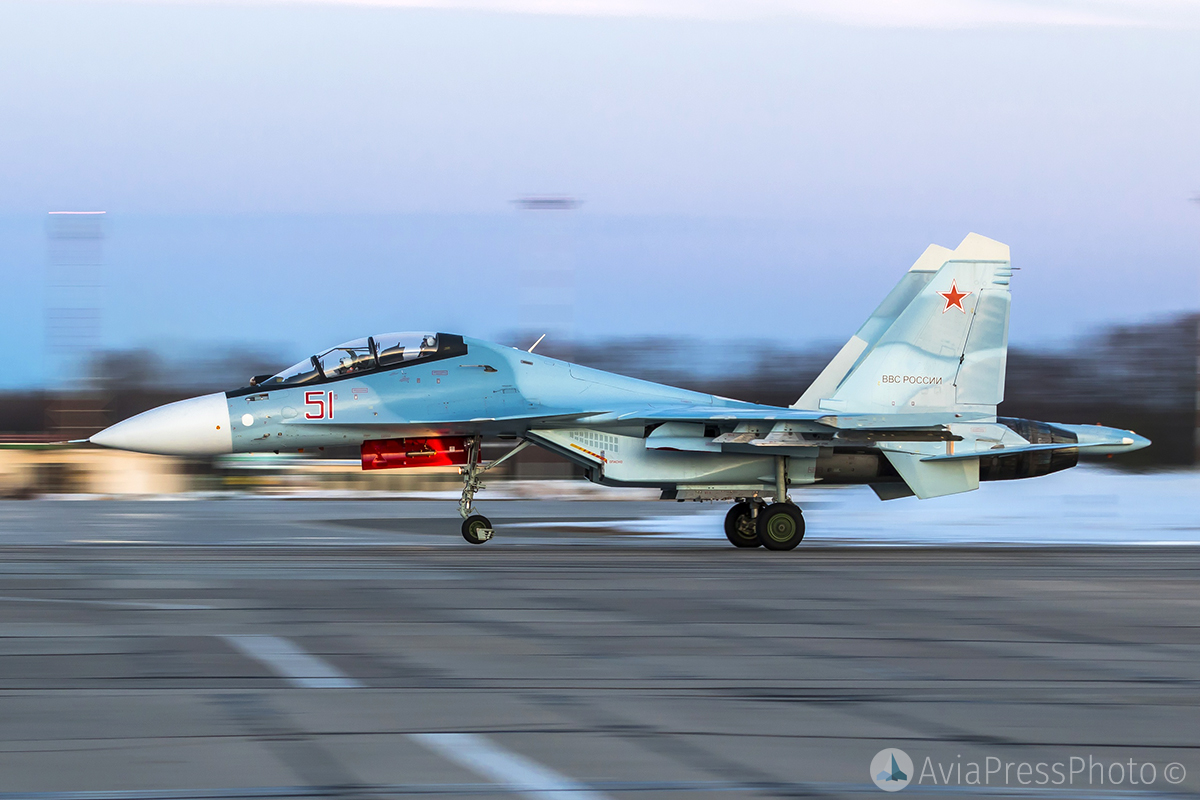 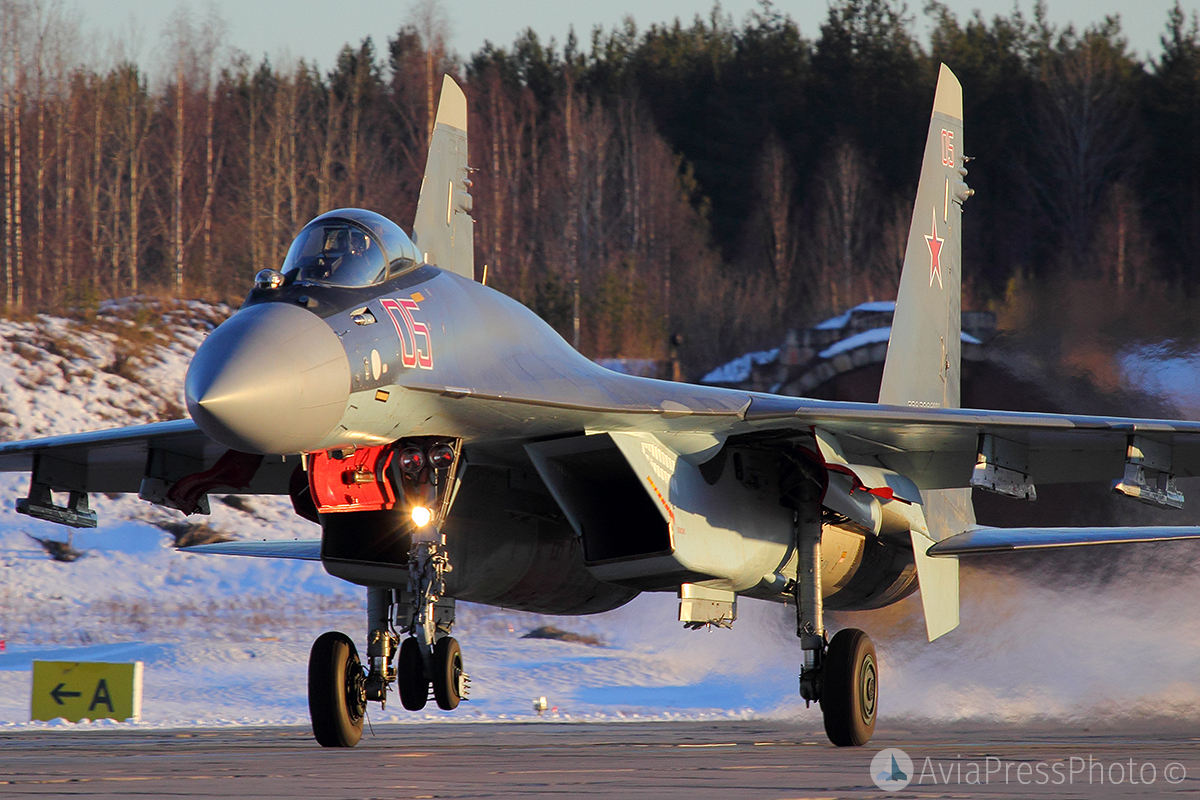 Novice operational-tactical aviation pilots of the Western Military District conducted the first independent combat firing of guided missiles at aviation targets at the Ladoga-2019 exercise.
A total of over 15 young pilots Su-30SM, MiG-31BM, Su-35S graduates of 2018, successfully conducted combat launches over the waters of Lake Ladoga. Departures were carried out singly and in the composition of the links with a thermal imager they detected an air target — an aerial bomb in the form of a garland with luminous elements, and hit it with the help of missiles and gun armament of aircraft.
The flights during the three stages of the exercise took place at altitudes from 300 meters to 11 thousand meters. More than 10% of aircrews will launch rockets for the first time at night, when, in addition to automated search for targets, pilots must visually detect targets at a great distance and hit them. 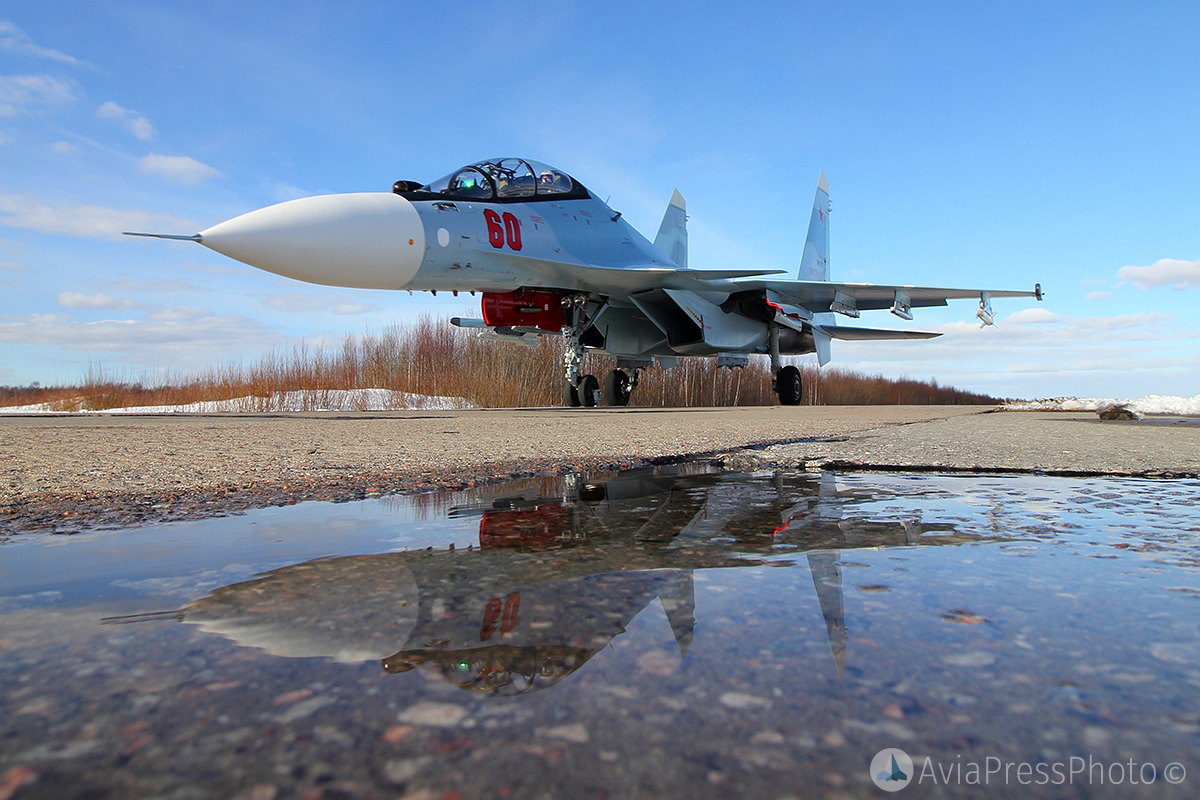 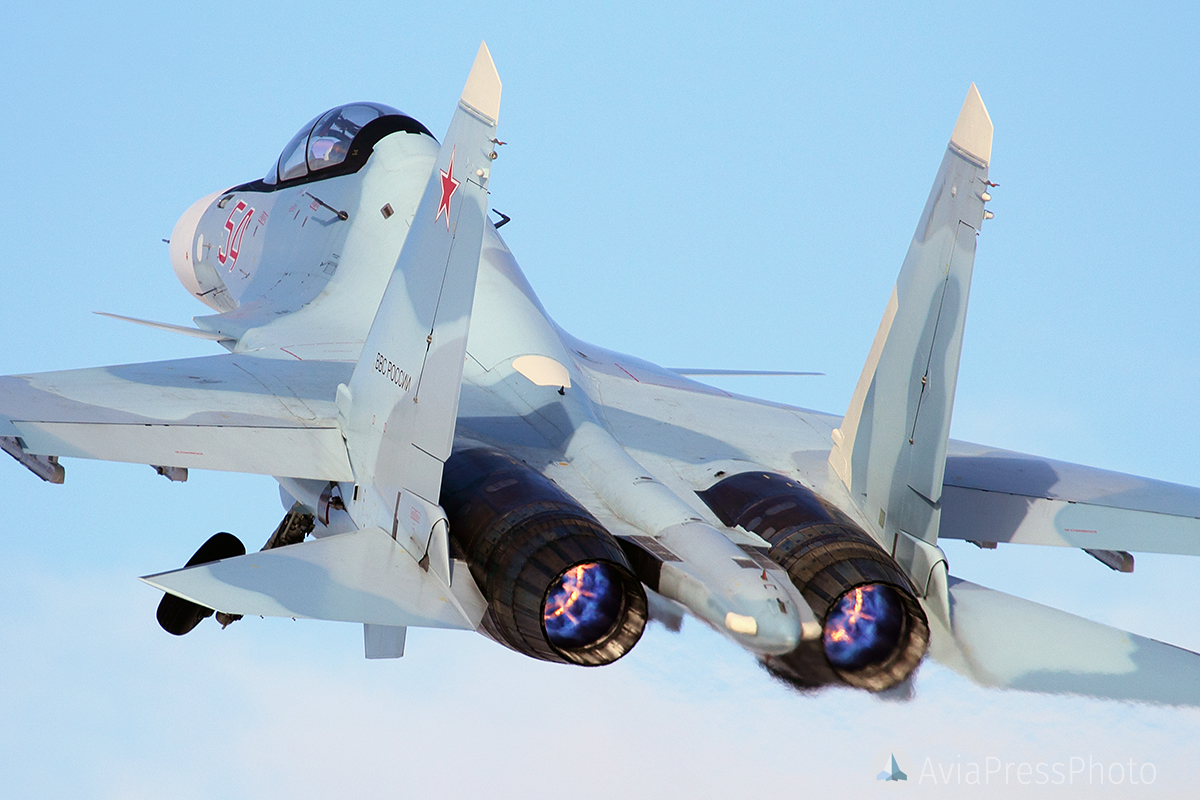 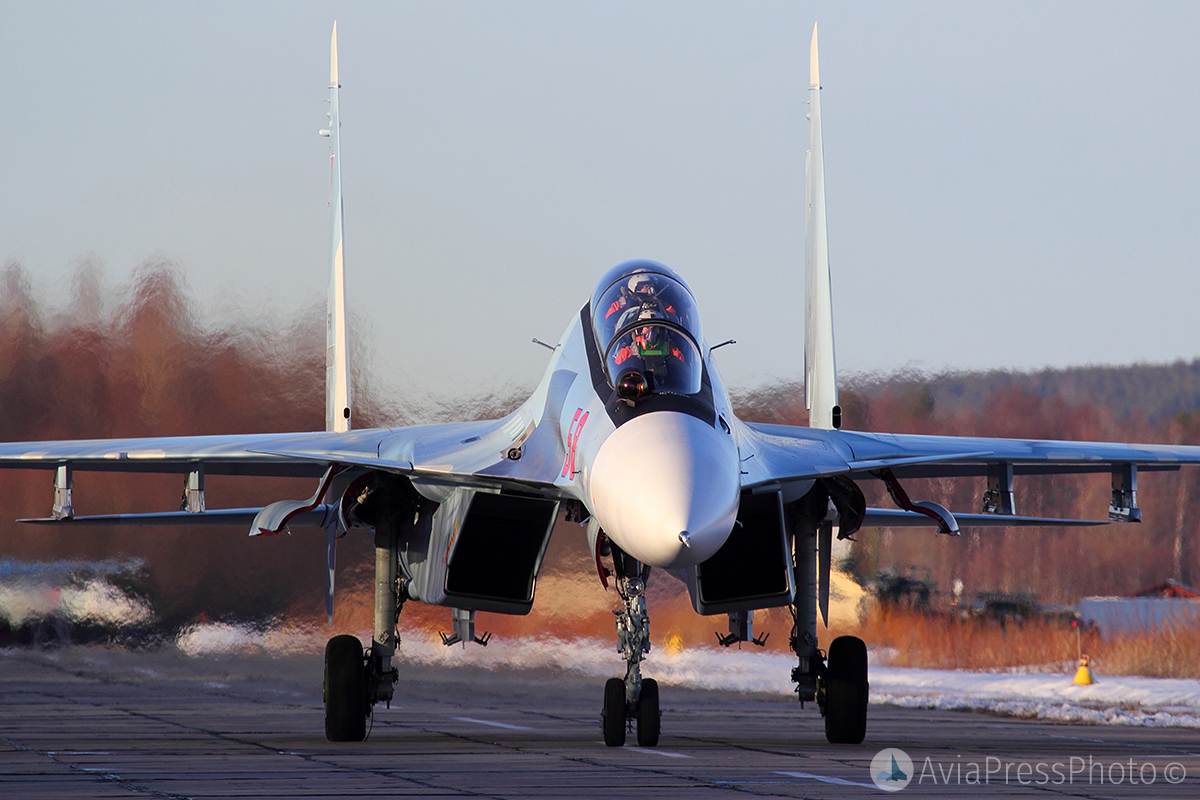 The exercise “Ladoga-2019” ended with a general construction and summing up of the results among the flight and engineering staff. The largest tactical aviation maneuvers take place annually and make it possible to improve the quality of crew training, the level of flying capacity of personnel, and allow pilots access to combat duty.
In total, during the exercise, it was hit more than 200 targets who imitate the “enemy” planes.  Pilots of the Air Force and Air Defense of the Western Military District perform their missions on MiG-31BM airplanes, as well as Su-34, Su-35S and Su-30SM. 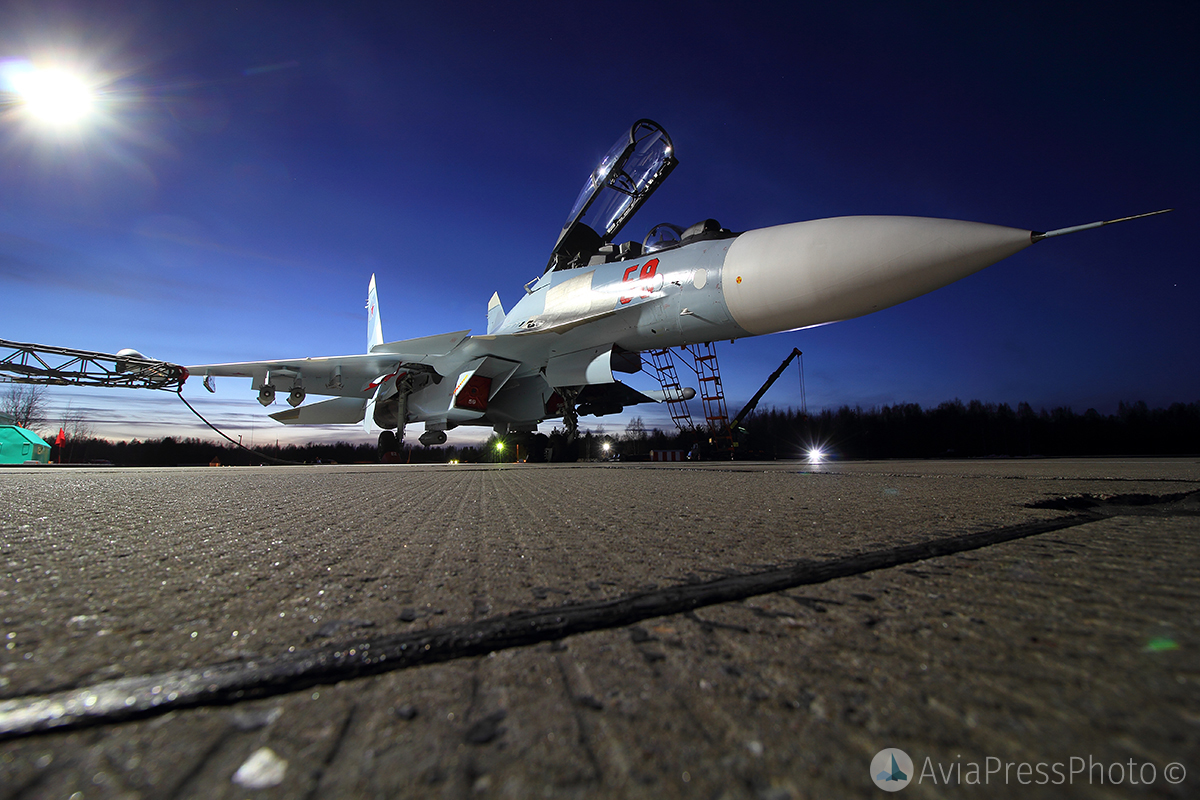 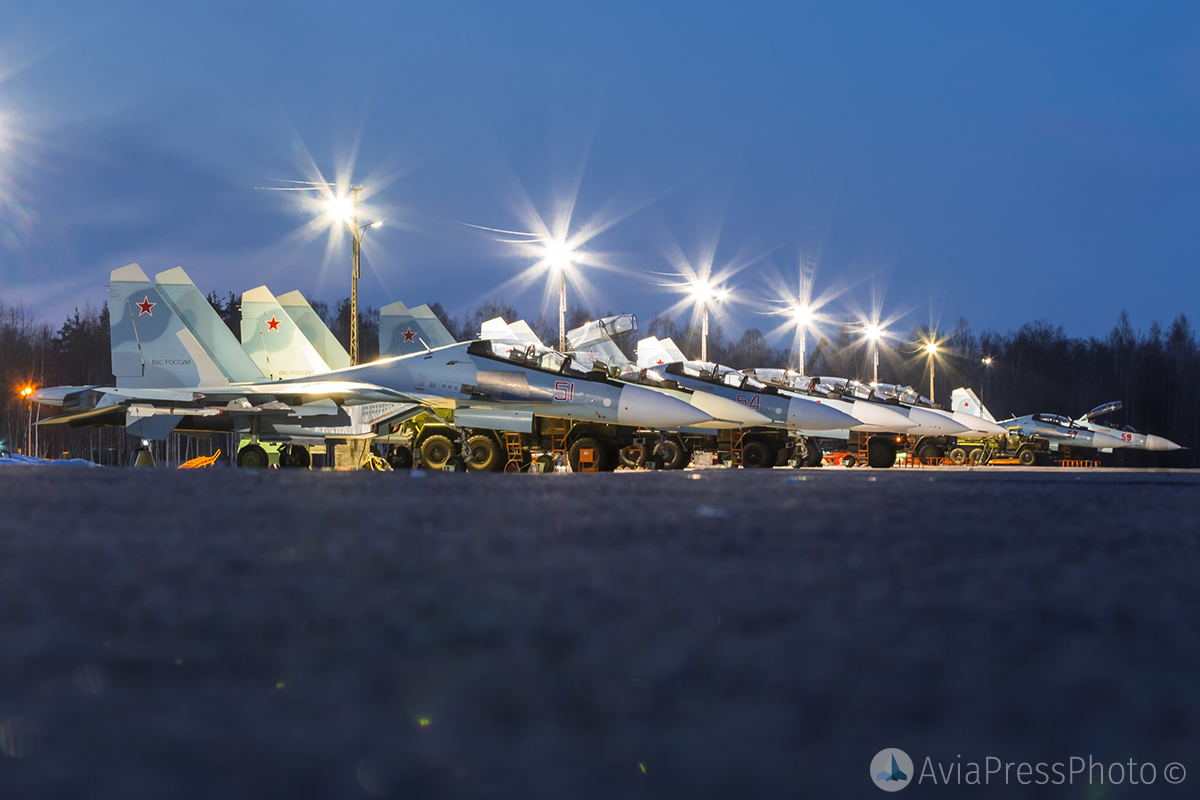 In total, over 50 aircraft, over 70 crews, as well as more than a thousand military personnel of the technical staff of the District at 4 military airfields and proving grounds were involved in the largest aviation exercise of operational-tactical aviation of Western Military District Ladoga-2019.