Aerobatic team “Swifts” took part in the parade of memory in St. Petersburg

On January 27, a Military Parade of Memory was held at the Palace Square in St. Petersburg to commemorate the 75th anniversary of the complete lifting of the Nazi siege of Leningrad. It was attended by military personnel and military equipment of the Western Military District, cadets of military schools of the Ministry of Defense of the Russian Federation, stationed in the St. Petersburg territorial garrison, as well as representatives of other law enforcement agencies.
The Parade of Memory completed the flight of the Strizhy aerobatic team, consisting of six MiG-29 fighters. 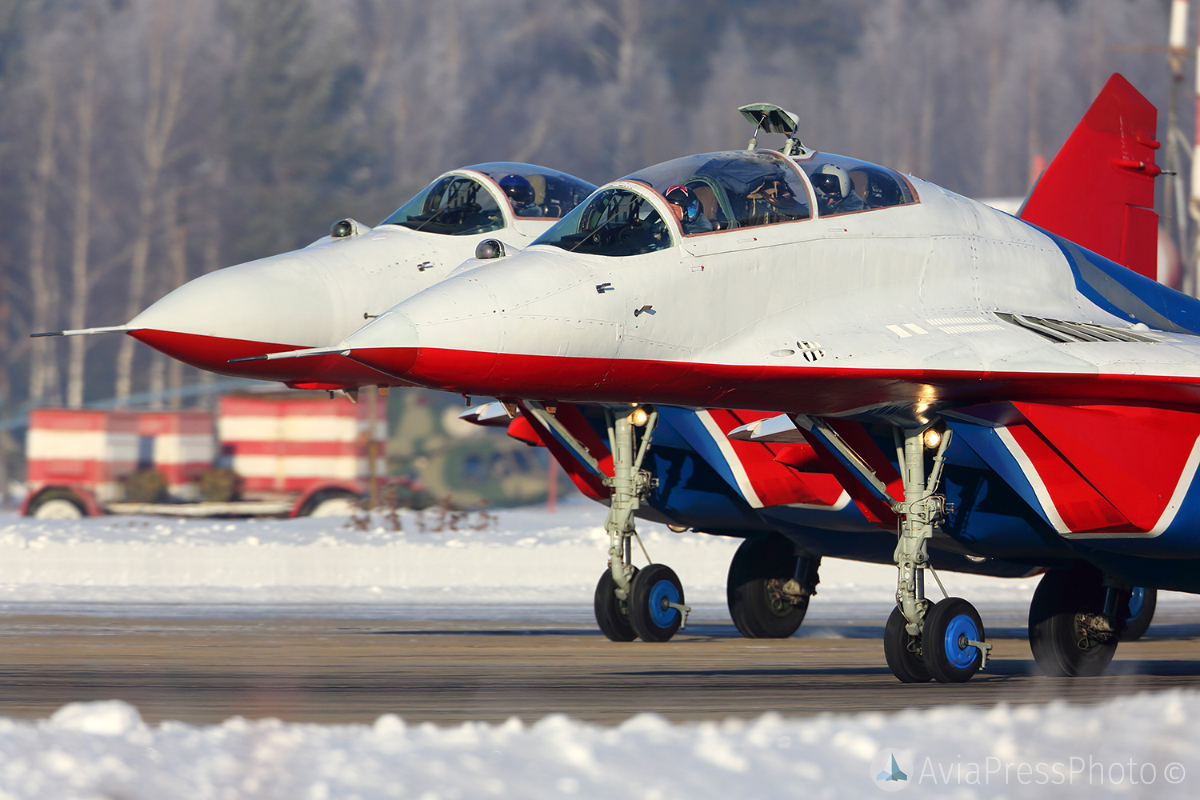 To participate in the event, the crews previously flew to the airfield in St. Petersburg. 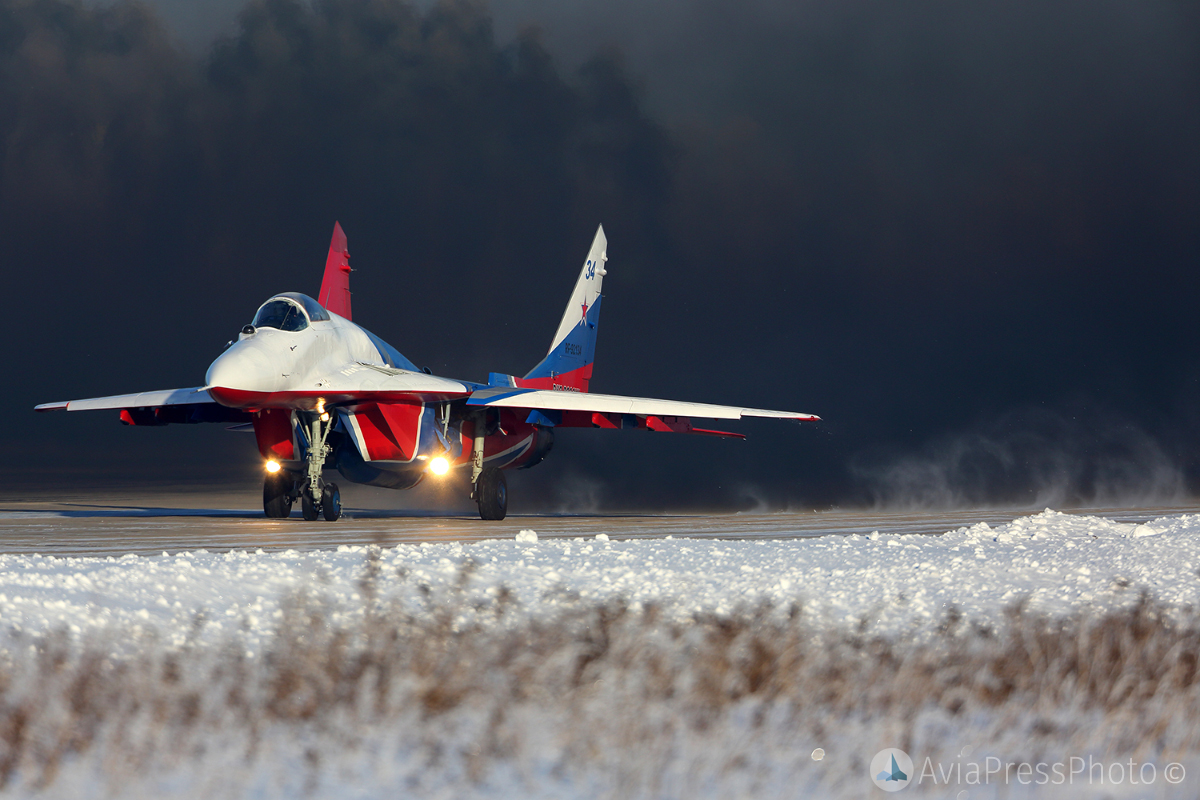 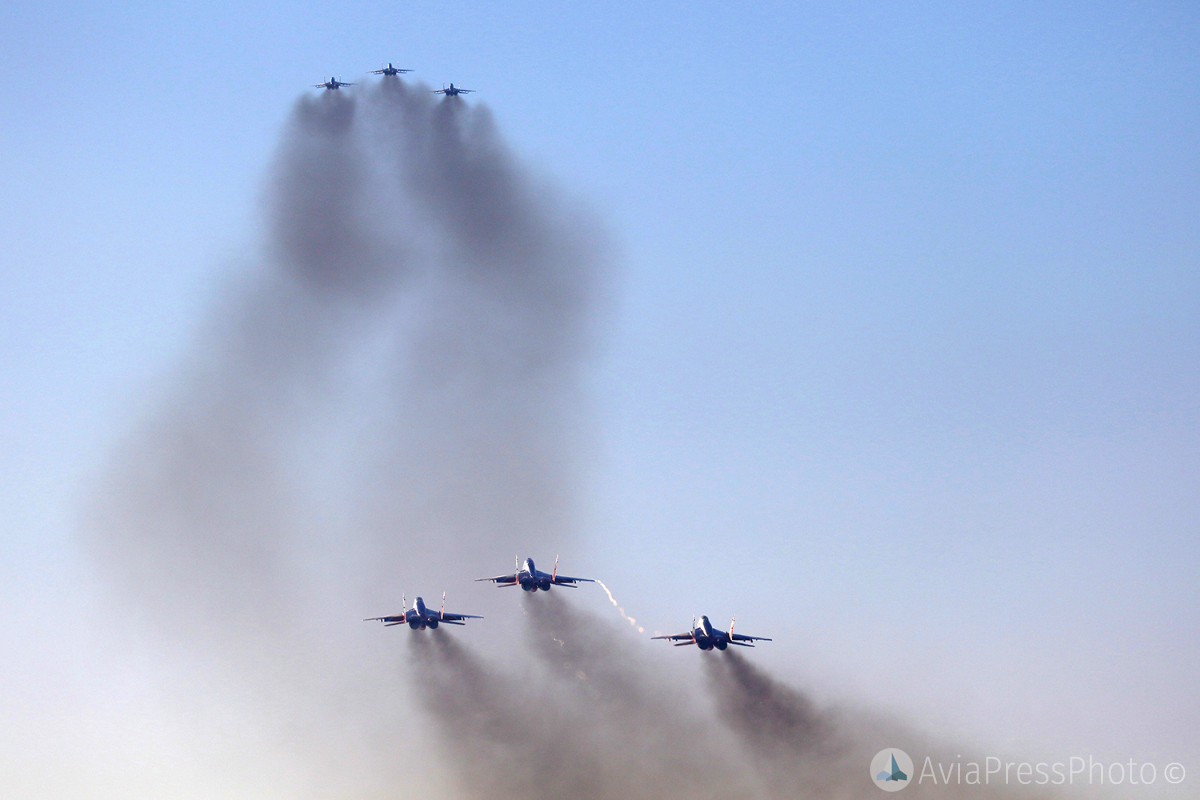 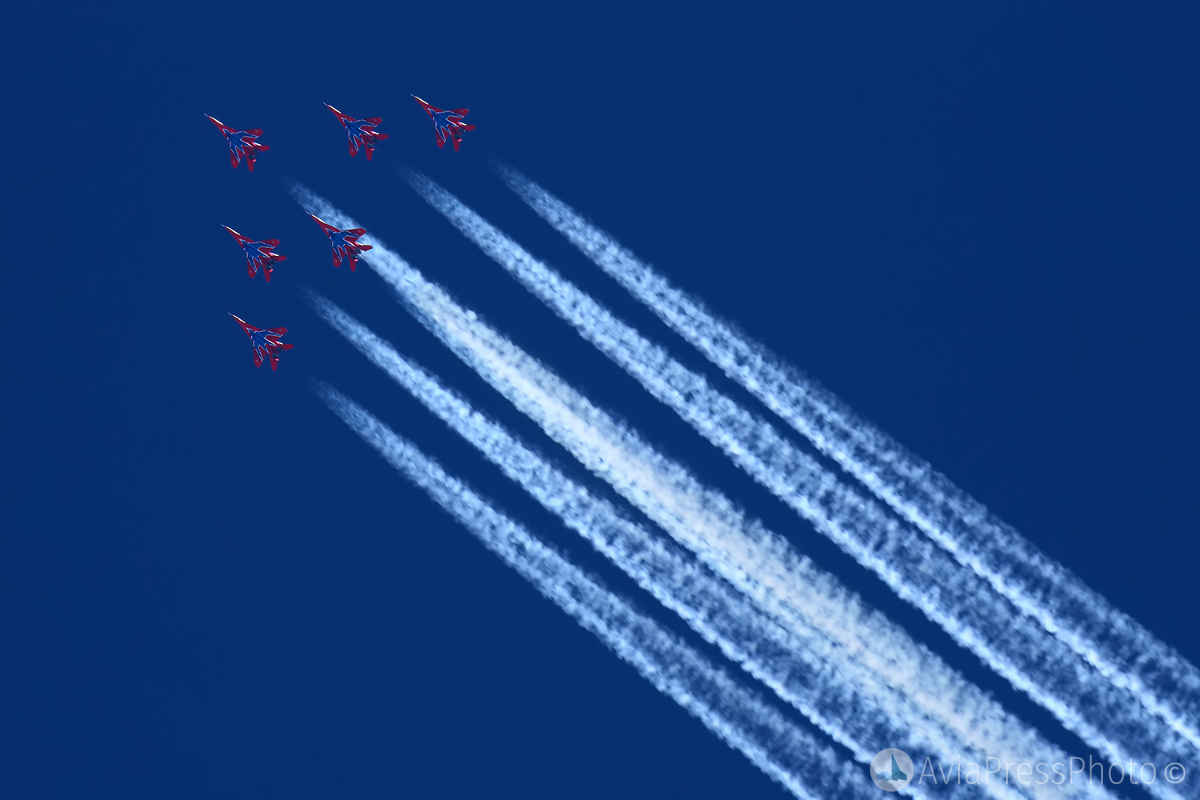 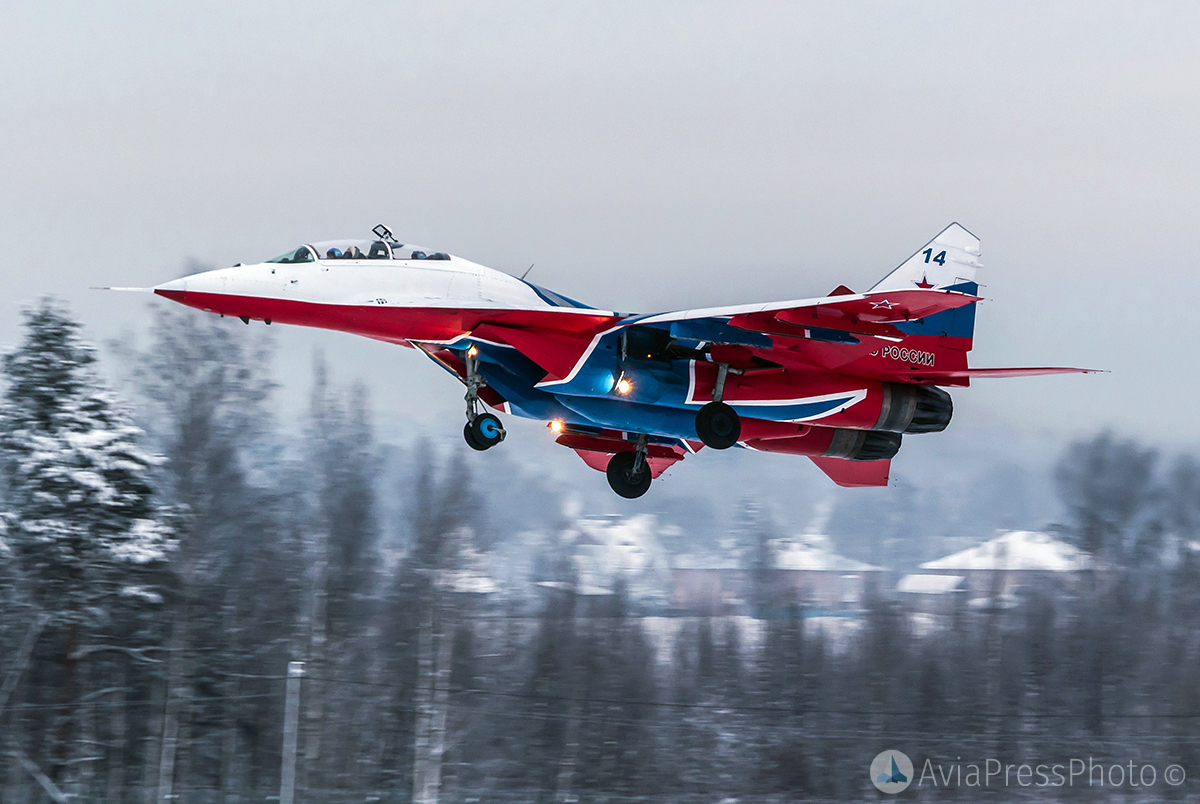 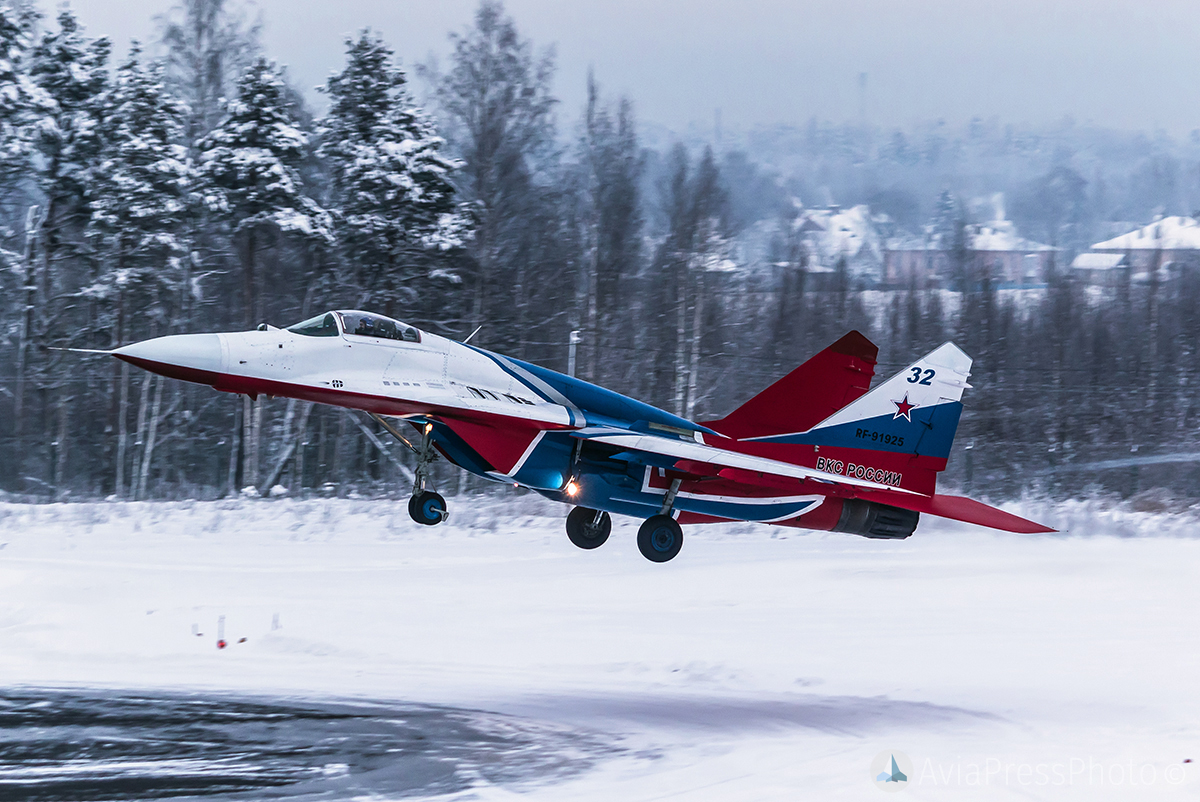 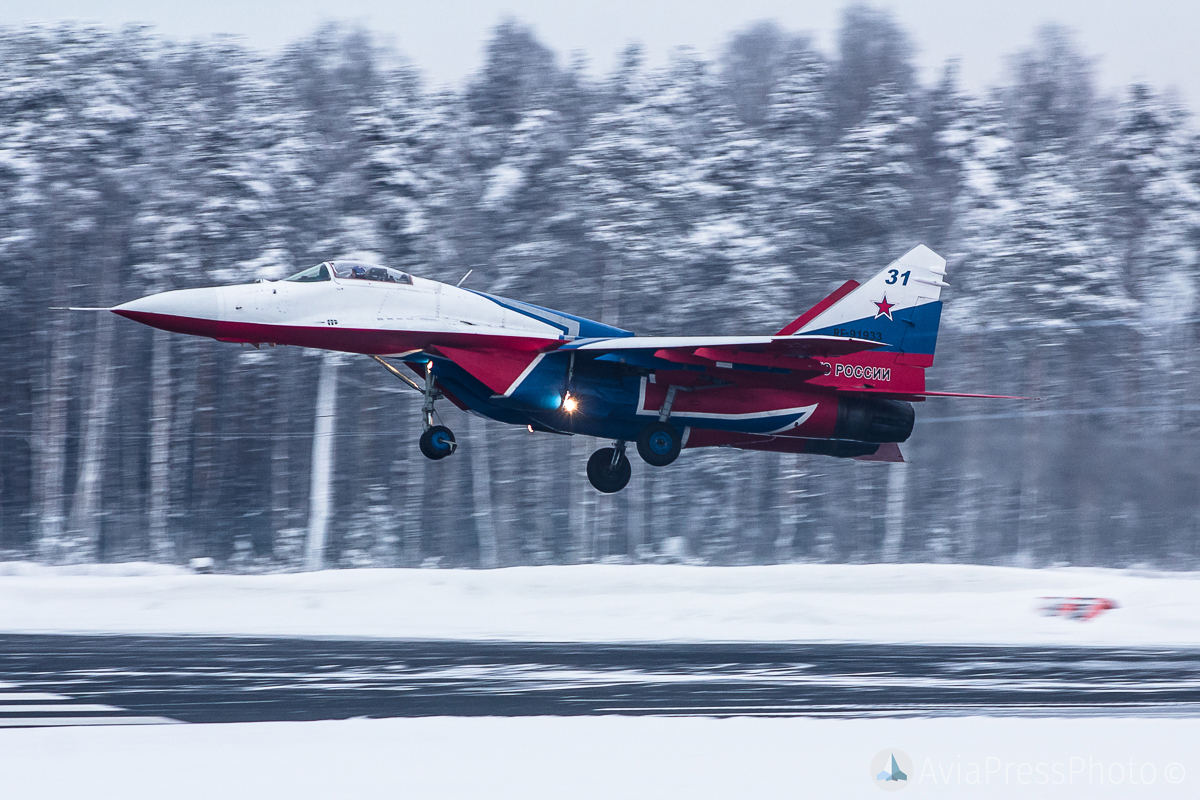 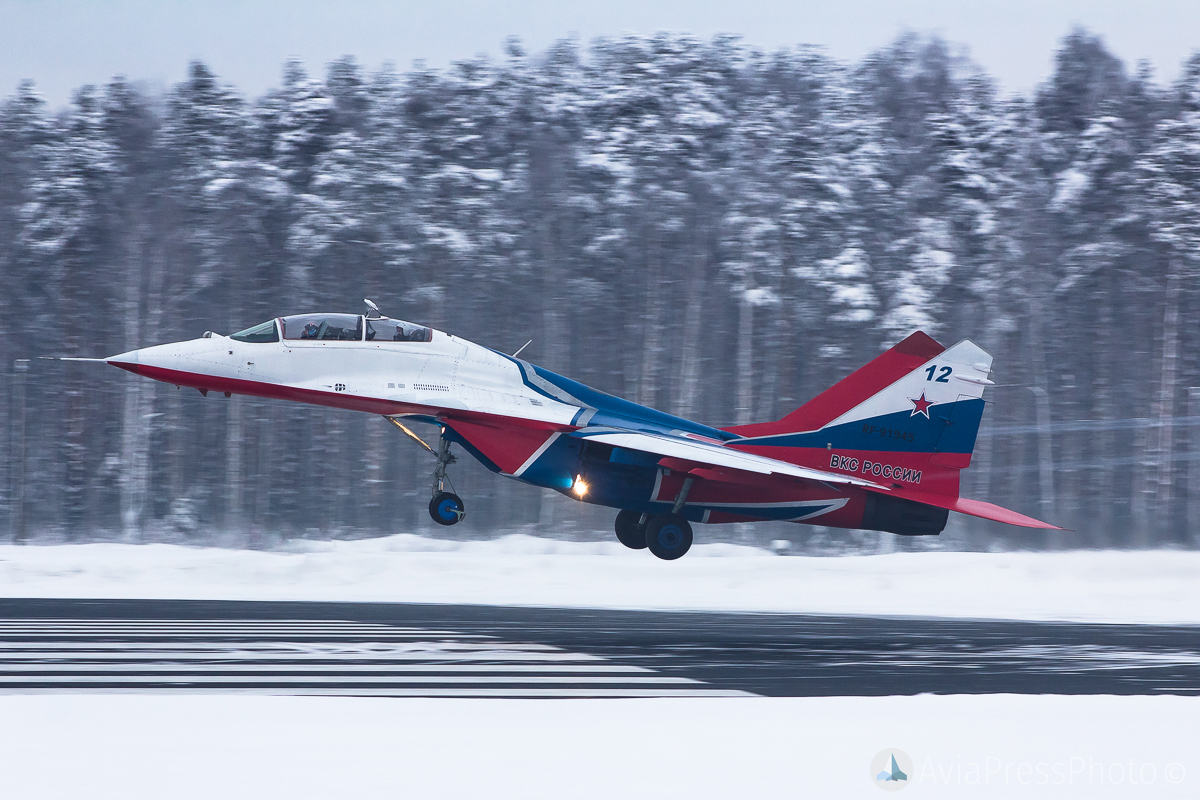 The flight took place in the “Pyramid” aerobatic formation, consisting of 6 crews on MiG-29 fighters at intervals and distances between aircraft 1 and 3 meters, respectively, at an altitude of 300 meters and at a speed of about 550 kilometers per hour. Difficult meteorological conditions and snowfall in the city on the Neva did not interfere with experienced crews. 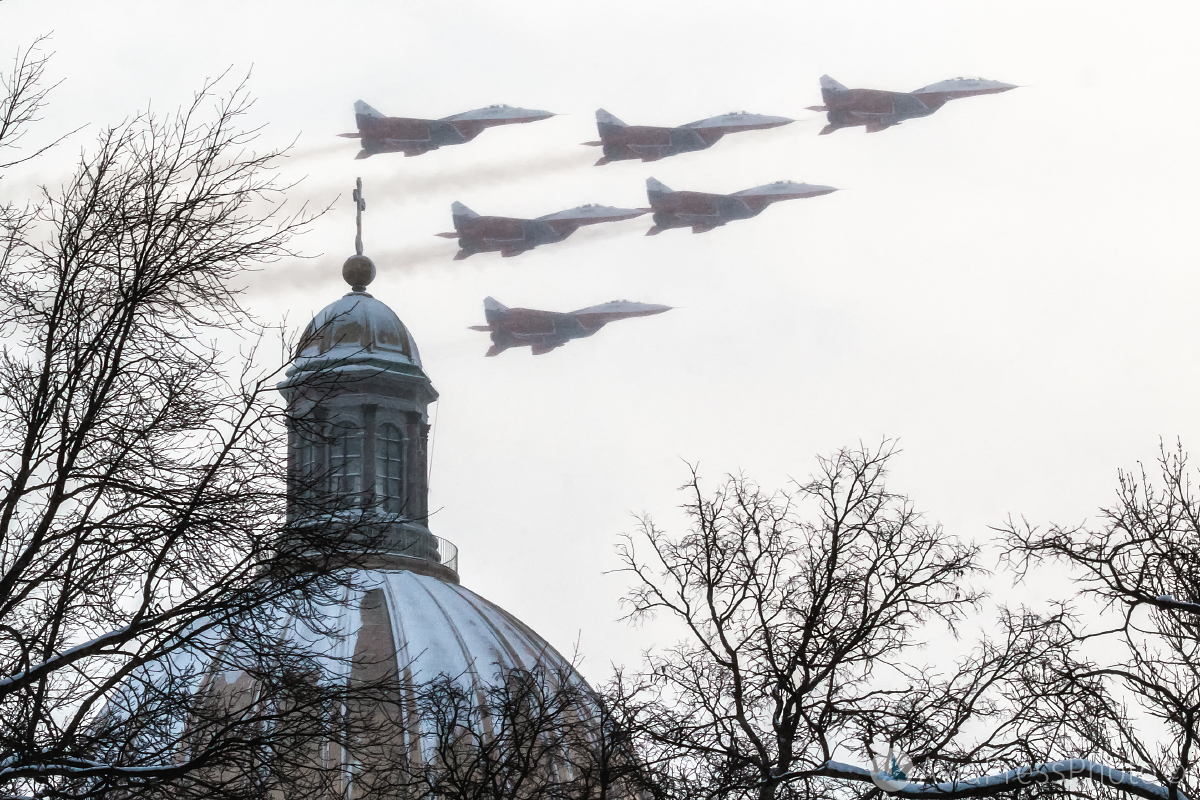 Earlier, ZVO military personnel took part in parades in honor of the 75th anniversary of the liberation of Kursk, Bryansk, Smolensk, Veliky Novgorod.