On June 6, 2018, started the 11th international salon “Complex Security 2018”. Within the framework of this salon, took place a large-scale demonstration exercise, where took part more than 1000 people, 200 units of equipment, including 11 aircraft.
During the exercises were practised actions to eliminate the consequences of various incidents. The guests of the event and security specialists were demonstrated the actions of the units during the rescue operations.

The most spectacular stage of these exercises was the demonstration of aviation work of the Ministry of Emergency Situations of Russia, which has an extensive fleet of aircraft equipped with modern fire extinguishing systems. The availability of different types of aircraft allows the EMERCOM of Russia to effectively solve tasks of various kinds around the world – from the evacuation of victims to extinction of large-scale forest fires.

As part of the EMERCOM aviation there are IL-76TD aircraft performing airborne and firefighting functions and amphibian planes Be-200CHS that are able to take off both from water and ground surface. The main areas of application are fire fighting, water surface protection and environmental missions. During the exercises Il-76TD and Be-200CHS made an aiming discharge of water to the fires of conditional fires. 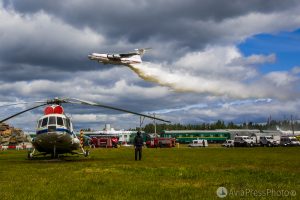 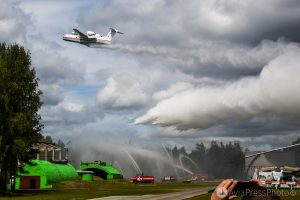 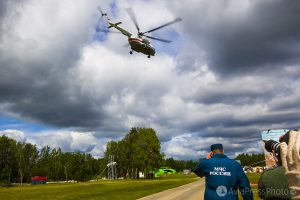 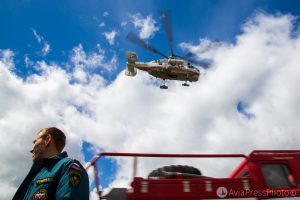 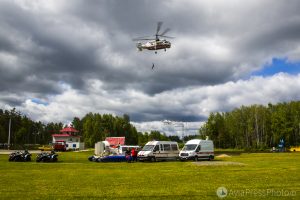 In urban conditions Bk-117 and Bo-105 helicopters are irreplaceable. These fast and light aircrafts of small size are able to land on a city street or in the courtyard of the house, and promptly deliver victims to the nearest hospital. 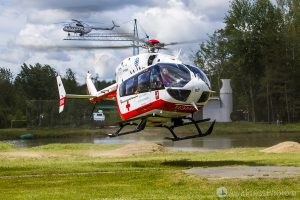 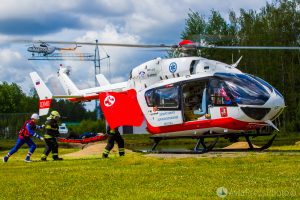 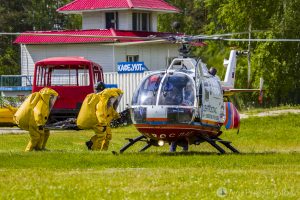 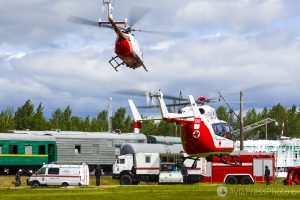 The results of the EMERCOM aviation work are evidenced by humanitarian aid delivered to different parts of the world, people who were evacuated from zones of emergency situations and combat operations, wounded, extinguished fires and simply rescued lives delivered to hospitals – in a word, the results achieved in 25 years did not enter only in the history of the Ministry of Emergency Situations, but also in the history of modern Russia.